It's been almost a year since a teenager was shot in the back and killed by a Tempe Police officer&nbsp;while holding a toy gun. On Tuesday, FOX 10 received new video of the incident. FOX 10's Matt Galka reports.

TEMPE, Ariz. - It's been almost a year since a 14-year-old boy was fatally shot in the back by a Tempe Police officer while holding a toy gun, and on Tuesday, FOX 10 has received video connected to the incident.

Tempe Police officials fulfilled FOX 10's request on Tuesday, nearly a year late. With the request, police released near and extended body camera footage, as well as the personnel files of the officer involved, Joseph Jaens, and audio from 911 calls.

Bodycam video from Jaens shows him firing at 14-year-old Antonio Arce. At the time, Jaen was responding to a break-in call and encountered Arce. Arce eventually ran down an alley as Jaen fired twice, hitting Arce once. 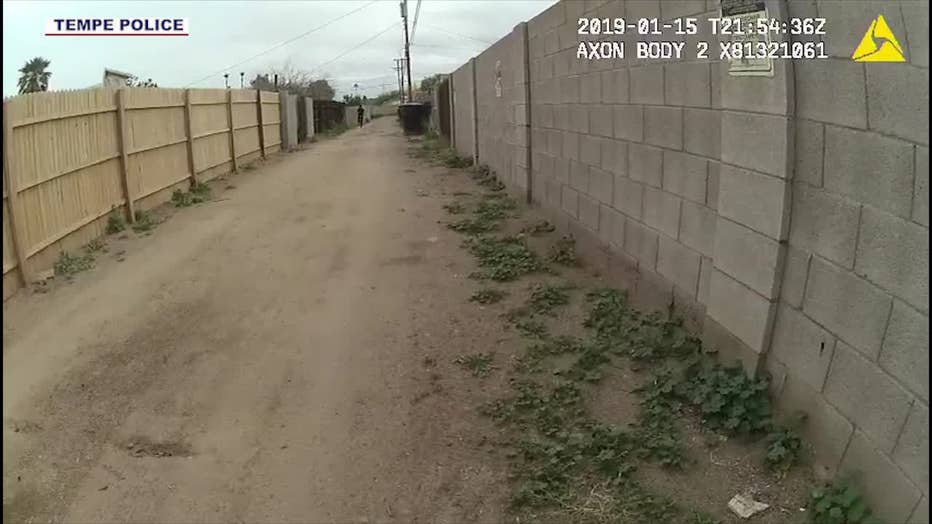 In a portion of the video, Jaen, who was not seen on camera, sounded exasperated over what happened.

Video provided by Tempe Police also show other body camera angles from other Tempe Police officers for the first time. At the time, multiple other officers responded to the incident.

Arce was in the street for about six minutes from when Jaen came upon him, to when the other officers try CPR.

As for Jaen, he was granted early accidental disability retirement benefits recently. Jaen resigned in May 2019.