APACHE JUNCTION, Ariz. - Nearly a dozen stolen vehicles, of various types, were found at an Apache Junction home on Aug. 24, police say, and all are estimated to be worth more than $200,000.

Police served a search warrant in connection to a reported home burglary investigation where guns were stolen.

"During this search warrant, Michael Kroetz was taken into custody and 11 stolen vehicles were located and recovered. These vehicles included trailers, toy haulers, side-by-sides, motorcycles, operational vehicles and a vintage Mustang, estimated at a total value of about $200,000.00," police said. 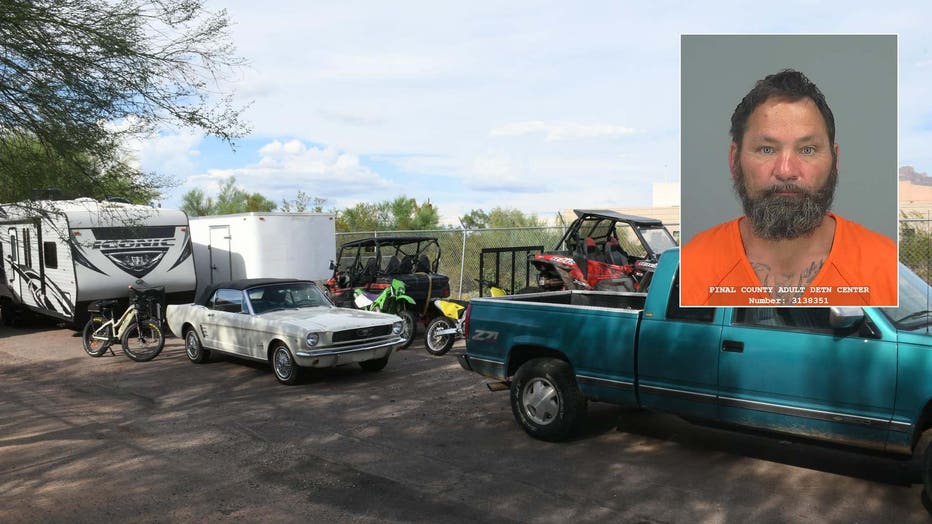 Michael Kroetz was arrested after police say nearly a dozen stolen vehicles were found at his Apache Junction home.

Many of the vehicles were returned to the owners.