Joe Rogan has had a long career in mixed martial arts, entertainment and is the highest-paid podcaster in the world.

Neil Young, who led criticism against Spotify over concerns of Joe Rogan’s podcast promoting skepticism about the COVID-19 vaccines, said this week that the company’s employees should quit their jobs before the place "eats up your soul."

The singer-songwriter posted a statement on his website on Monday that took aim at the audio streaming platform’s CEO, Daniel Ek, saying he served as the workers’ "big problem — not Joe Rogan."

"Ek pulls the strings. Get out of that place before it eats up your soul," Young’s message read in part. "The only goals stated by Ek are about numbers—not art, not creativity."

Young’s statement came after a video compilation surfaced of Rogan repeatedly using the "n-word" on his "Joe Rogan Experience" podcast, which first launched in 2009 and became exclusive to Spotify in late 2020, prompting renewed criticism against both Rogan and Spotify at large. 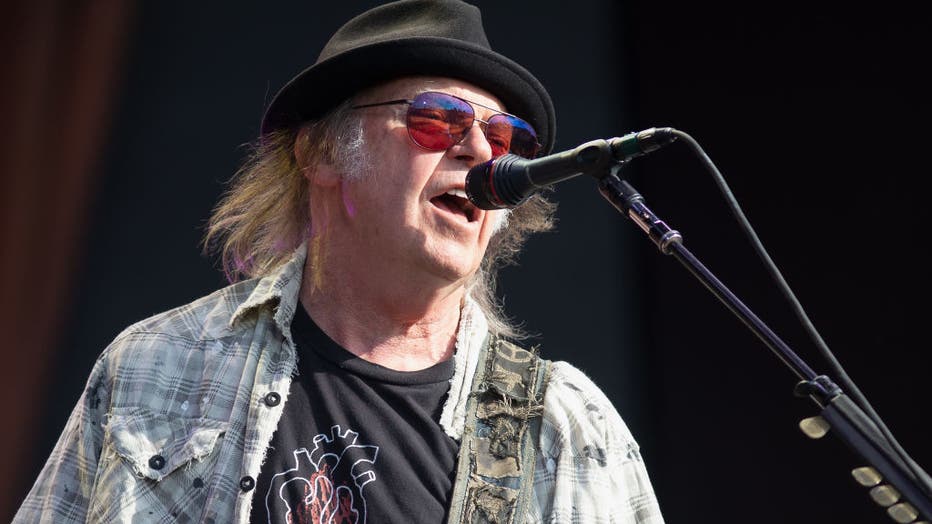 Ek sent a memo on Sunday that acknowledged and apologized for the impact the controversy was having on employees. But he also stressed that the platform would not be removing the show.

"While I strongly condemn what Joe has said and I agree with his decision to remove past episodes from our platform, I realize some will want more," Ek said in the note. "And I want to make one point very clear — I do not believe that silencing Joe is the answer."

Spotify reportedly paid $100 million to exclusively host Rogan's podcast, which now threatens the bottom line but is also a key part of the company’s strategy to be a one-stop-shop for audio.

Joe Rogan will not be taken off of Spotify after a video compilation of him repeatedly using a racial slur resurfaced last week. Daniel Ek, the company's chief executive officer, said they have had conversations with Rogan about the content of his podcast but do not believe "silencing Joe is the answer." Artists including Neil Young and Joni Mitchell have had their music taken off the platform because of Rogan's controversial podcast.

Rogan and Spotify's troubles seemed to pick up steam in mid-January, when nearly 300 medical experts urged the platform to take action against the show for "broadcasting misinformation, particularly regarding the COVID-19 pandemic." The criticism then ignited on Jan. 24 when Young asked to have his music removed over similar concerns. Other artists followed suit, including Joni Mitchell and Roxane Gay.

Spotify said it would add a warning to all podcasts that discuss COVID-19, directing listeners to factual, up-to-date information from scientists and public health experts.

Young, in his statement this week, also separately informed fans that he would be moving money from some top U.S. banks — Chase, Citi, Bank of America and Wells Fargo — for their "continued funding of the fossil fuel damage" amid the climate change crisis.

"In our communication age, misinformation is the problem. Ditch the misinformers," Young said in the statement. "Find a good clean place to support with your monthly checks. You have the real power. Use it."