A new piece of X-ray technology may help prevent illegal drug and gun smuggling at the U.S.-Mexico border. 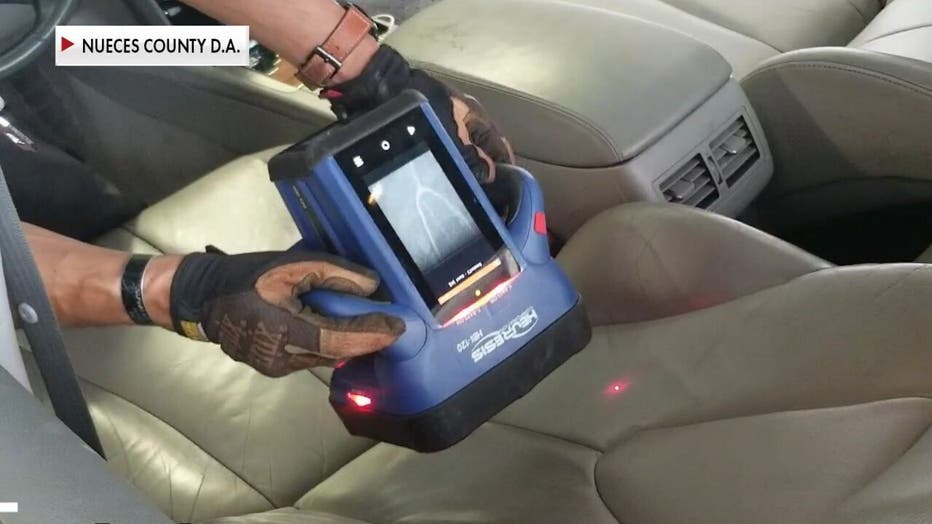 "So we have, actually well over 1,100, 1,200 of these units deployed worldwide," said Jeff Hunt, senior director for Viken Detection.

Not only can it find hidden weapons, drugs and cash but almost any anomaly. This means that it can also be used to detect human trafficking.

"Even with this easy hand-held device, if I were to scan a tractor-trailer that may have a false wall that has stowaways in it I’m going to be able to see actually those people inside there," said Hunt.

Hunt gave Fox News a quick demonstration of the device by scanning the tires of a car. Within seconds of the first scan, what was hidden inside was visible.

"We search vehicles every single day for a living... A lot of our couriers they go make a drop off of 20-30 kilos of cocaine right in Houston in a compartment so when they’re coming back they’re either coming back with the proceeds, you know currency or they are going to be coming back with weapons to take back to the cartels in Mexico," said Tamez. 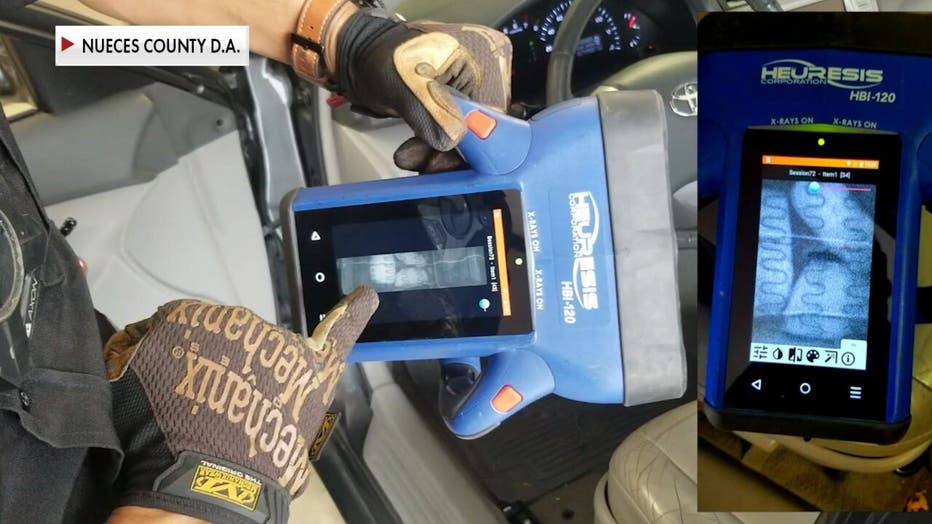 To help his team find these hidden items without tearing apart every car they search, they use Viken’s hand-held HBI-120.

Tamez said that officers can quickly find items in compartments hidden in the seats of a car.  "No kidding, in ten seconds an officer who has never even put hands on this machine found 8 kilos of meth in a compartment," he explained. "It's truly a game-changer."

Tamez says even if a scan shows an empty hidden compartment it could pay off down the road.

"The imager gives us the opportunity to, once we find that compartment, scan it. If it’s empty we never have to tell the bad guy that we found it and all we can do is start doing our research and putting lookouts on this particular vehicle so we can target it at a later time," said Tamez.

"The alternative is paying for damages on a vehicle, the alternative is having your officers come in contact with fentanyl and possibly overdosing, there’s just so many, so many secondary and tertiary effects that are negative that can be avoided with a device like this," said Tamez.

Viken is constantly upgrading. Its latest invention, the Osprey-UVX, is an X-ray machine that scans the bottom of moving vehicles. It’s expected to roll out later this year at the Laredo and Brownsville ports of entry. Officers will be able to scan a car instantly as it passes through their ports.

Security technology company Viken Detection's latest invention is an under vehicle scanner called the Osprey-UVX which can detect hidden items stashed under cars. It's expected to be rolled out at the Southern Texas border later this year. It can scan moving vehicles as they drive over it (Viken Detection)

"You can stay in your vehicle and you can drive either over or through a portal and you will be able to get a complete image of the vehicle," said Ryan.

Within the year Viken Detection hopes to take things even further by trialing a new device that can scan an entire vehicle as it crosses a port of entry.

"Our goal is for CBP to go through these demonstrations over the next couple of months and by year-end they will be making their decision and we expect 2021 and beyond to be in installation mode getting these vehicle scanners all the way across the board," said Ryan.