A North Texas congressman who had been battling lung cancer died after also contracting COVID-19.

He battled lung cancer last fall and tested positive for COVID-19 two weeks ago. A spokesman said he died Sunday at Baylor Hospital with his wife, Susan, by his side.

"Over the past few years, Congressman Wright had kept a rigorous work schedule on the floor of the U.S. House of Representatives and at home in Texas’ Congressional District 6 while being treated for cancer. For the previous two weeks, Ron and Susan had been admitted to Baylor Hospital in Dallas after contracting COVID-19," a spokesman said in a statement.

Wright took over in District 6 in 2019 after former Congressman Joe Barton retired. He served one full term and was just beginning his second.

"He was a friend to many and would always do whatever he could to help you," he said. "We had worked on Barton’s campaign many, many years ago, and then I had gotten to know Susan at that point."

Before serving in Congress, Wright was the Tarrant County Tax Assessor-Collector. He also served on the Arlington City Council and was Mayor Pro-Tem of Arlington. He was also an advisor to former Congressman Joe Barton. 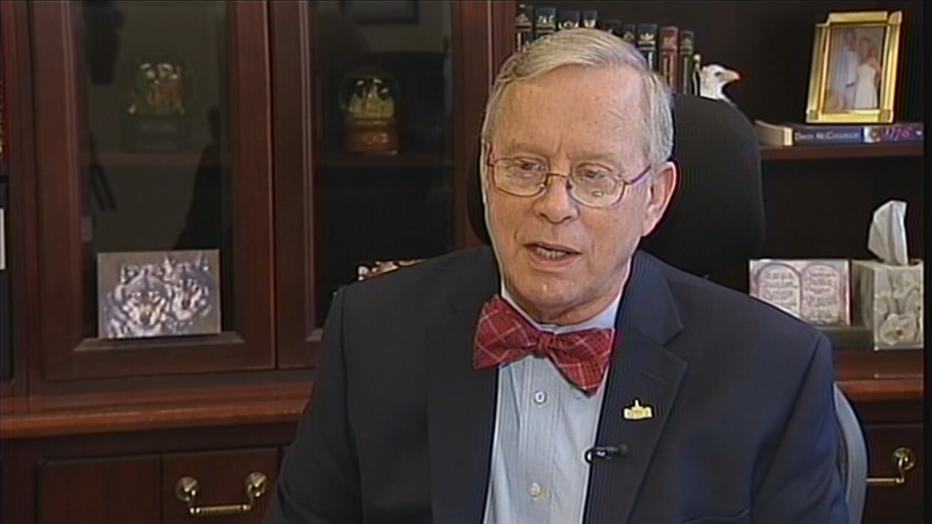 Tributes have been pouring in from Republicans and Democrats.

"Jill and I were saddened to learn of the passing of Congressman Ron Wright," said President Joe Biden. "He was also a fighter who battled bravely against both cancer and COVID-19, diseases that our nation will continue working tirelessly every day to defeat in the memory of all those we have lost. Our prayers are with Ron’s wife, Susan, their three children, and their nine grandchildren."

"I am deeply saddened to learn of the passing of U.S. Rep. Ron Wright. Ron was a principled leader who fought to preserve Texas values and was an exemplary representative of his district. His personal strength and commitment to standing up for the unborn were unwavering. He leaves behind a tremendous legacy for future generations of Texans. Cecilia and I send our prayers to Ron's wife, Susan, his family and loved ones," added Texas Gov. Greg Abbott.

"Ron was a passionate public servant and a strong advocate for Texas values, his neighbors in North Texas, and constituents across Texas’ 6th District," said Sen. John Cornyn of Texas.  "A sixth-generation resident of Tarrant County, he was a Texan first and foremost, and we saw that every day as he put his community first.  My heart goes out to his wife, Susan, and his children and grandchildren, whom I hope find solace in his legacy of service."

Wright just won his second term in Congress in November.

"He was so excited," Whitley said. "I remember talking to him, and he was so excited about serving in Congress in that seat where he had represented Congressman Barton for so many years as staff. And so I know he had been looking forward to that."

Gov. Abbott will call a special election to fill the seat and many will line up. There is no word on any of that yet.

The 67-year-old leaves behind his wife, three children and nine grandchildren.