TEMPE, Ariz. - The National Transportation Safety Board discussed their findings on Tuesday from their 400-page report on the self-driving Uber crash that killed a Tempe woman last year.

"Our entire purpose for being here is to learn from tragic events like this so that they can be prevented in the future," said Robert Sumwalt, Chairman of the National Transportation Safety Board.

According to the report, the self-driving vehicle did not recognize 49-year-old Elaine Herzberg until about a second before the impact. Seconds before that, it identified her as an 'unknown object' and decided she wasn't in the car's path.

"Although the vehicle's sensors first noted the pedestrian 5.6 seconds before the impact, the system waffled in classifying her as a vehicle, a bicycle, or other," said Sumwalt. "If your work touches on automated driving systems at the federal and state level, guess what, this crash was about you." 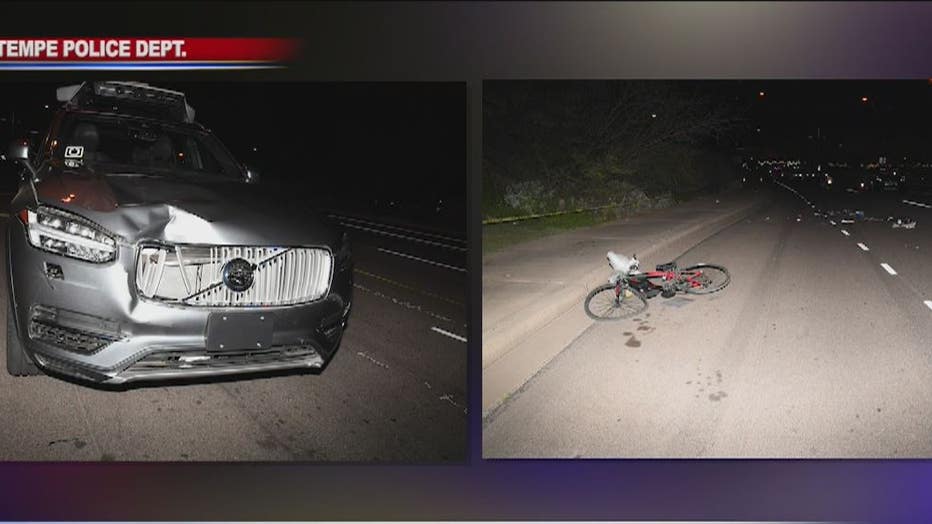 The hour-long presentation explained the specific failures of both technology and manual over-ride in the crash. The NTSB noted that the driver of the Uber was moving for 31 minutes prior to the crash, spending 34 percent of that time on the phone, which goes against Uber policy.

They found at least a dozen safety oversight issues and a serious lax in policy enforcement.

"The inappropriate actions of both the automatic driving system as implemented and the vehicle's human operator were symptoms of a deeper problem," said Sumwalt. "The ineffective safety culture that existed at the time of Uber ATG."

Uber eventually pulled all of its self-driving vehicles off the road. The company has since updated its software and says their new autonomous vehicles would be able to recognize Herzberg as she crossed Mill Avenue mid-block, not in a crosswalk.

Her family reached a private settlement with Uber two weeks after the accident.