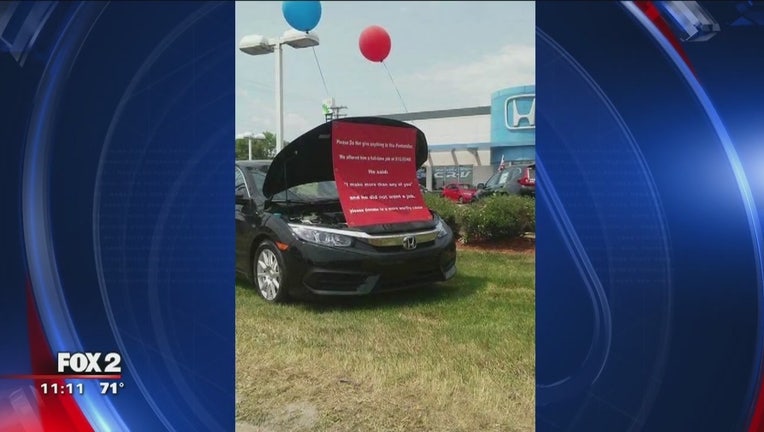 BRIGHTON, Mich. (WJBK) - A man who appears to be down on his luck became a fixture in front of a Honda dealership in Brighton. But when the dealership offered him a job, he thumbed his nose at them. They fired back.

The man was seen pandhandling in front of Brighton Honda on Grand River in Brighton. He was a staple on the road but the dealership decided to offer the man a job.

He turned it down and reportedly told the owners of the dealership he doesn't need their $10 an hour job because he makes better money panhandling in front of the business.

The dealership responded with a sign propped in the hood of a vehicle. It reads "Please do not give anything to this panhandler. We offered him a full-time job at $10.00/hr. He said: 'I make more than any of you' and he did not want a job. Please donate to a more worthy cause"

FOX 2 learned that he was no longer at the dealership Tuesday afternoon and that he had been arrested for being drunk and disorderly. 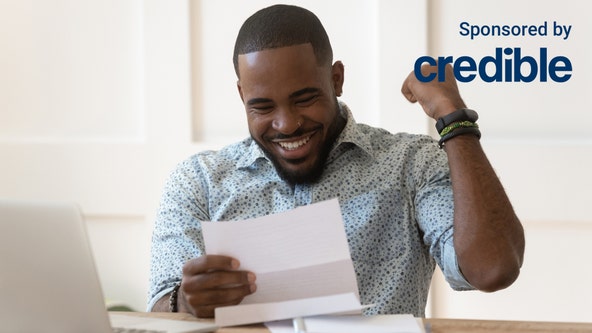