Officers declared their protest an unlawful assembly because they were reportedly blocking traffic.

PHOENIX - Police say 18 people were arrested in downtown Phoenix during a protest against police brutality on Oct. 17.

According to officials, protesters were blocking traffic, knocking barricades into the street, and throwing "incendiary devices" at police officers.

Police declared an unlawful assembly half an hour after the protests began. 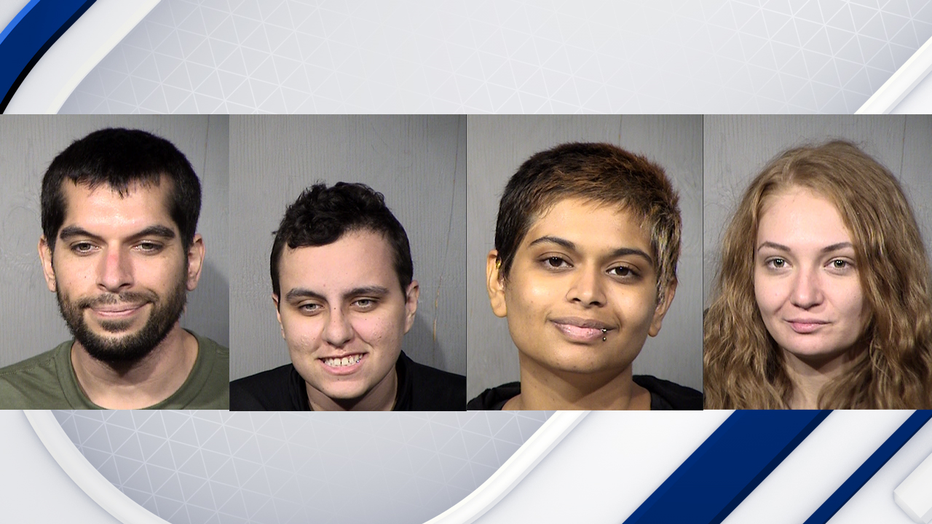 18 people were arrested after protesting in downtown Phoenix on Oct. 17. Not all mugshots were immediately available. (MCSO)

"As officers began making arrests, another incendiary device was thrown at them," police wrote in a statement. "Due to the ongoing criminal activity and assault, the Phoenix Police deployed less lethal munitions in order to safely make arrests."

The W.E. Rising Project, a community organization that has led multiple demonstrations against racism and police violence in the past, said police arrested innocent civil rights advocates.

"For the record someone was shot in the face with a pepper round, last night," the organization wrote on Twitter.