The crash happened near 43rd Avenue and Buckeye Road.

The crash happened at the intersection of 43rd Avenue and Buckeye Road at 3:00 a.m. Monday.

Police say a sedan was traveling at a high speed on Buckeye Rd. and failed to stop for the red light at the intersection, colliding with an SUV traveling south on 43rd Ave. One of the vehicles hit a nearby power pole.

There are traffic restrictions in the area. 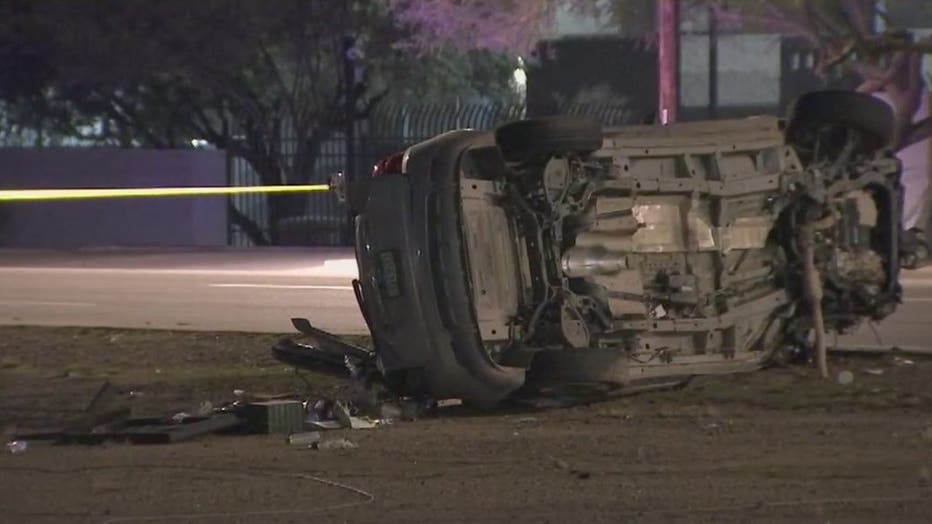