Reps. Adam Schiff, Zoe Lofgren, Jamie Raskin and Joe Neguse will lead Democrats in the "Constitutional, historical and thematic justification for respecting the will of the people," Pelosi wrote in an open letter to colleagues. "On the Floor of the House, we will have a civics lesson about protecting the integrity of our democracy."

"Tomorrow is about guaranteeing trust in our democratic system," the speaker continued.

Several Republican lawmakers from the House and Senate have said they plan to object to certifying Biden’s 306-232 win in the Electoral College based on accusations of fraud to help Biden in several battleground states.

President Trump’s team has lost numerous legal challenges since November in an effort to overturn the results.

Trump’s unsubstantiated claims that there was "massive voter fraud" in the general election has spurred some of his strongest supporters in Congress – more than 100 House Republicans and at least 13 GOP senators – to say they’ll raise objections to the election results. 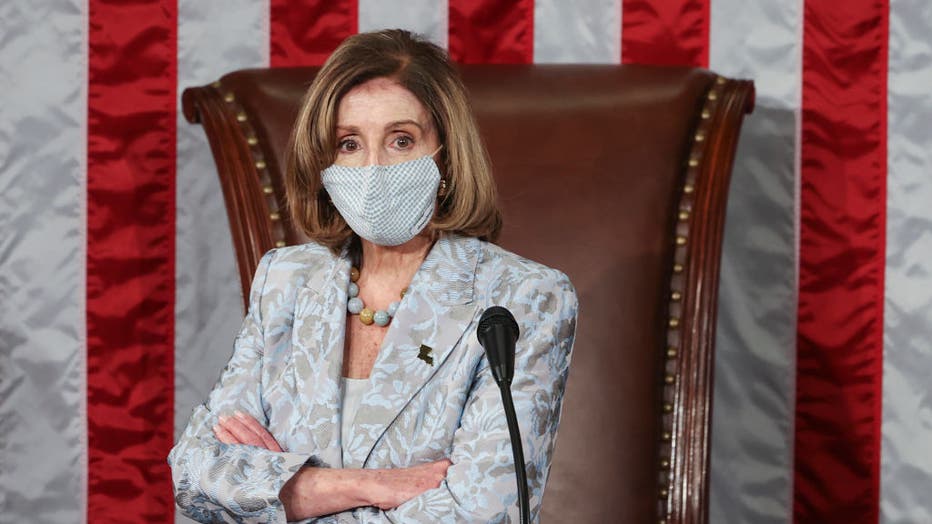 Speaker of the House Nancy Pelosi (D-CA) waits during votes in the first session of the 117th Congress in the House Chamber at the US Capitol on January 3, 2021 in Washington, DC (Photo by TASOS KATOPODIS/POOL/AFP via Getty Images)

While the move by Trump supporters in Congress to raise objections to the presidential election results in states like Arizona, Georgia, Michigan, Pennsylvania, Nevada and Wisconsin, will slow the proceeding, it’s expected to fall far short.

The combined votes of the Democrats in Congress, as well as many Republicans who don’t support Trump’s attempts to overturn the election results, should be more than enough to dismiss the push by the president’s supporters.

Fox News' Paul Steinhauser and Chad Pergram contributed to this report. Get updates on this story from foxnews.com.