MESA, Ariz. - An Arizona teacher has given her students a very special assignment: write letters convincing people to adopt a shelter dog.

Caroline Chung teaches social studies and English to fifth and sixth graders at the Mesa Academy for Advanced Studies. While studying persuasive writing and marketing, she had an idea.

"There was an article about a second grade teacher that did exactly this," Chung said. "She had dogs assigned to each student from a local shelter, and they did exactly the same thing. They drew pictures, and they pretended to be the dog and wrote a persuasive letter asking to be adopted."

Caroline says the students went above and beyond, exciting to make a difference and to possibly save a life.

"I think they can be overwhelming when they walk through the shelter and there can be so many, but the letters also draw attention to that specific dog," Chung said.

Caroline is also a volunteer at Maricopa County Animal Care and Control, so she posted some of the letters on the kennels. She is posting more this weekend, and volunteers and employees say she is already making a difference.

An autistic 4-year-old boy from Arizona has been gifted a service dog, giving his family a newfound hope and freedom.

A nonprofit is working with the Scottsdale Unified School District and the International Rescue Committee to collect books for Afghan refugees.

Nicole Acosta went from playing to coaching to teaching, but now she's taken on what she calls her most important role: a busy mother of two foster kids. 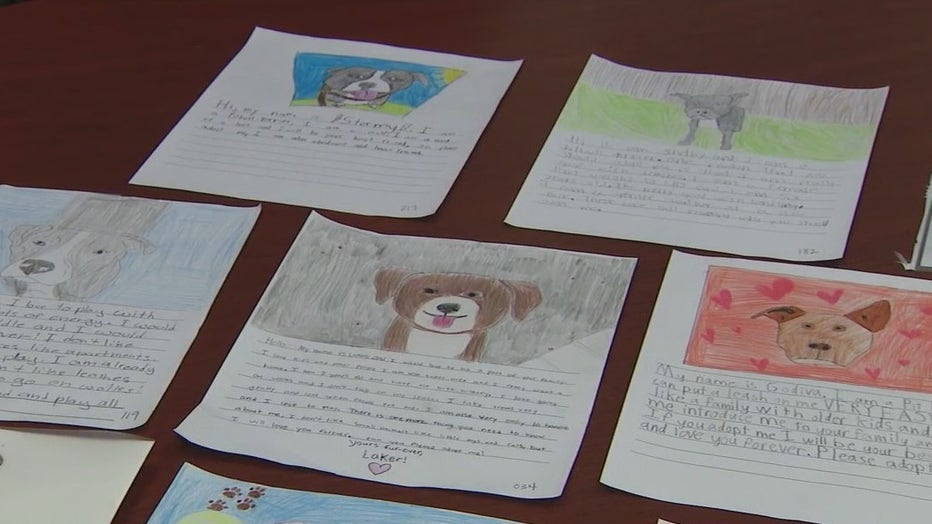 Letters written by the students.