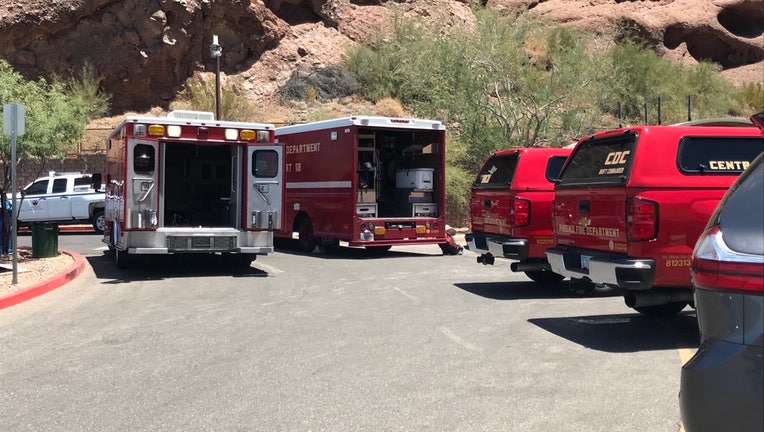 PHOENIX - Phoenix Fire crews have conducted helicopter rescues for five people who became injured or ill on Camelback Mountain on Saturday afternoon as temperatures continue to rise in the triple digits.

Two women, two men and one 7-year-old girl were rescued by helicopter.

Fire officials say they responded to a reports of a hiker who injured their leg, and once that hiker was rescued, authorities met other hikers who needed help as well.

One woman was rescued for an ankle injury, and two men were hospitalized for heat-related illness.

The remaining hikers were evaluated and refused transport to the hospital.