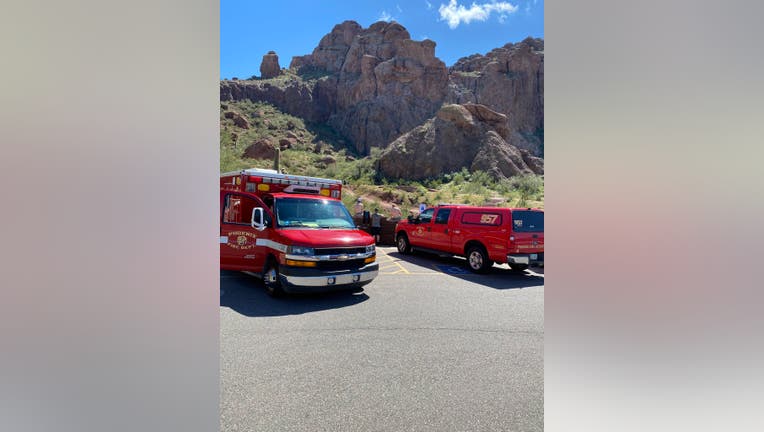 PHOENIX - A man was rescued from Camelback Mountain Saturday morning after his legs were trapped underneath a 300-pound boulder, according to Phoenix Fire.

The hiker, who was from out of town, said he was on Cholla Trail and stopped to let other hikers pass him, crews say. He leaned onto a boulder to steady himself and ended up physically pulling it on top of him.

Officials say he had to be airlifted off of Cholla Trail, and suffered extensive leg injuries after emergency crews removed the boulder.

The City of Phoenix Parks Department is closing the mountain until further notice as a result.

Crews say they had to use tools meant for people trapped in collapsed buildings to remove the rock.

The man will be taken to a local trauma center for treatment, officials say.