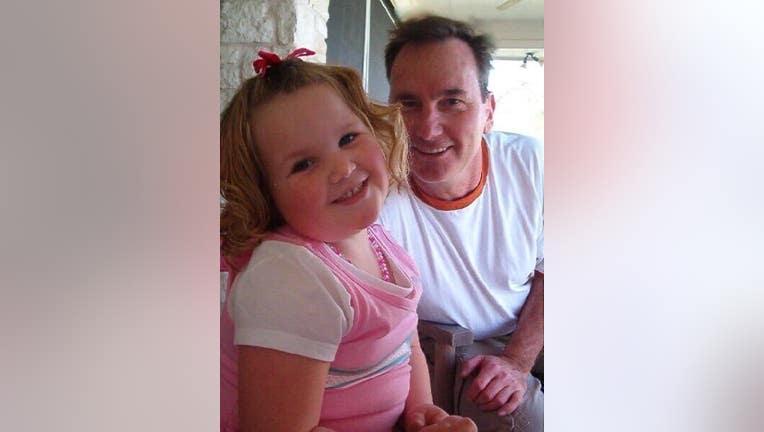 PHOENIX - FOX 10 obtained the Phoenix Police incident report on the death of Joseph Ryan, the third ex-husband of Lori Vallow. On April 3, 2018, police found the 59-year-old dead in his apartment around 6 p.m.

On Nov. 8, the Phoenix Police Department said investigators will review this case, but it doesn't mean it's being re-opened for investigation.

The announcement of the review came after audio was found of Vallow allegedly saying she wanted to murder him.

The report reveals Ryan’s neighbor, identified as Roy Zliniga, came out of his apartment with his dog. Zliniga noticed his dog scratching at Ryan’s door before he smelled a strong odor and saw flies inside the apartment. Investigators discovered Ryan’s body on his bed, in the “advanced stages of decomposition.”

10 days later, police contacted Lori Vallow who was listed on the report as “next of kin.” Vallow told the officer she had not heard from Ryan in about two years. According to the report, Vallow also said she shared a 15-year-old daughter with her ex-husband. We now know that child to be Tylee Ryan. Police say Vallow asked what happened and then told the officer she would talk to her daughter after learning the details.

“I couldn’t believe it. He was here in Atlanta with us for Thanksgiving week. Four months later he was gone” said Austine Murphy, Ryan’s cousin.

The office of the Maricopa County Medical Examiner determined Ryan’s cause of death to be from arteriosclerotic cardiovascular disease. Medical experts say arteriosclerosis is a hardening and narrowing of arteries and puts blood flow at risk. The disease can cause heart attacks and strokes.

Murphy describes her initial thoughts when she found out about Ryan’s death.

“My fear was that he committed suicide. Not that I ever thought he was suicidal but I knew Lori was making him suffer with not being able to see Tylee. He spent so much money fighting for Tylee so I knew money was tight,” said Murphy.

Vallow and Ryan became embroiled in a long custody battle over their daughter Tylee Ryan in 2009, starting in Travis County, Texas. Court documents say Ryan accused Vallow of parental alienation, alleging he had not seen his daughter for more than a year at one point. Ryan also referred to a court appointed psychologist who interviewed Vallow.

According to court paperwork, the psychologist, David R. Poole, said, "Mrs. Vallow is a devout Mormon who has mentioned to me that death would be an option before giving Tylee to her father, Joseph Ryan, even for a visit. These are real and serious concerns."

Back in 2007, a Travis County affidavit obtained by FOX 10 revealed the arrest warrant for Alex Cox, the brother of Lori Vallow who is now dead. The affidavit stated Cox shocked Ryan with a stun gun and threatened to kill him. This happened after Ryan and Vallow exchanged Tylee at a neutral meeting place in Austin, Texas. The next year, Cox pleaded guilty to second-degree aggravated assault and served three months in jail.

It's now been six weeks since authorities say a mother who moved her kids from Arizona to Idaho lied about the children's whereabouts and refuses to cooperate.

On July 11, 2019, Cox shot and killed Vallow’s fourth husband Charles Vallow – claiming self-defense to Chandler Police. Cox told officers that Charles “became enraged” with his sister and hit him in the back of the head with a metal bat during a fight in the Vallow home. The investigation into Charles Vallow’s death is still ongoing and detectives plan to submit charges against Lori Vallow to the Maricopa County Attorney's Office, including a potential charge of conspiracy to commit murder.

Cox died on December 12, 2019 at his new wife’s home in Gilbert. According to the medical examiner, his death was natural but Gilbert Police are still investigating his case.

Meanwhile, Lori Vallow is housed in Madison County jail in Idaho, facing two charges of conspiracy to conceal, destroy or alter evidence in connection to the deaths of her children Tylee Ryan, 16 and JJ Vallow, 7. Her arraignment in district court is scheduled for August 27. Vallow and her children moved from Chandler to Rexburg, Idaho last September, shortly after Charles’ death.

On June 9, the remains of Tylee and JJ were found buried at the property of her current husband, Chad Daybell. Daybell is also in jail, accused of two counts of concealment, destruction or alteration of evidence as well as two charges of conspiracy to commit those crimes. Daybell’s arraignment in district court is set for August 21.

In another case linked to Daybell, the Idaho Attorney General’s Office is investigating the death of his first wife Tammy who died on October 19, 2019 in her home. Authorities exhumed Tammy’s body in Utah two months later. The Idaho AG is investigating Daybell and Vallow for conspiracy, attempted murder and/or murder but no charges have been filed.

FOX 10 has learned that charges could soon be submitted in connection with the shooting death of Charles Vallow, whose wife, Lori Vallow, was the mother of two children whose disappearance and subsequent death captured global media attention.

The mother of two children who went missing in September and were later found dead was back in an Idaho courtroom on July 17.