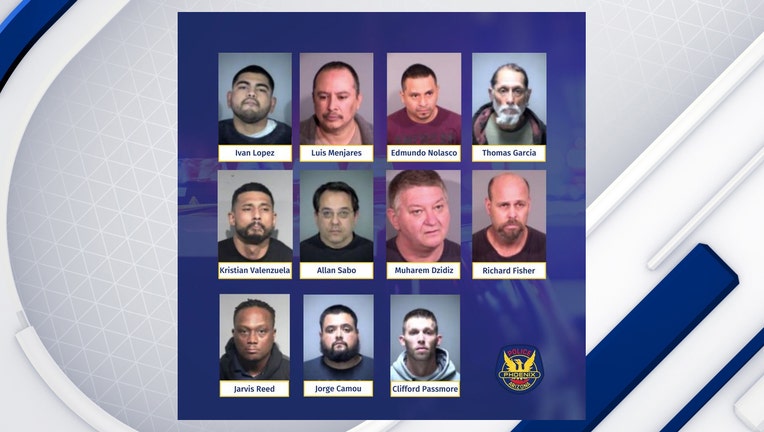 PHOENIX - Officials with the Phoenix Police announced on Dec. 14 the arrest of a number of people following an undercover operation that targeted people online who sought to engage in sexual acts with children, as well as human trafficking.

According to the statement, officials say they arrested 11 people, ranging in age from 23 to 55. They are identified as:

Of the 11, police officials say Garcia is a registered sex offender. All 11 are accused of a variety of offenses, including child sex trafficking, attempted sex conduct with a minor, and luring.

Police investigators say during the operation, officers and undercover detectives placed ads on websites and apps that were commonly used by suspects seeking illegal sex acts with children and/or the grooming of adults/children for the purposes of prostitution.

"These suspects solicited and/or brokered deals for various sex acts and were subsequently arrested," the statement read, in part.

Phoenix Police officials say they partnered with Chandler Police for the undercover operation.