Phoenix Police have released surveillance video of a hit-and-run that left a man critically injured near Broadway Road and 25th Street on May 28.

PHOENIX - Phoenix Police officials are asking for the public's help as they investigate a hit-and-run crash that happened on the morning of May 28.

According to a statement, officers responded to an area near Broadway Road and 24th Street in South Phoenix for a hit-and-run crash involving a pedestrian. When officers arrived, they found an adult man and his five-year-old child in the roadway. Both were taken to the hospital with life-threatening injuries.

The car involved was identified by police as an early 2000s gray Honda Civic. The car reportedly headed west following the crash, without stopping. 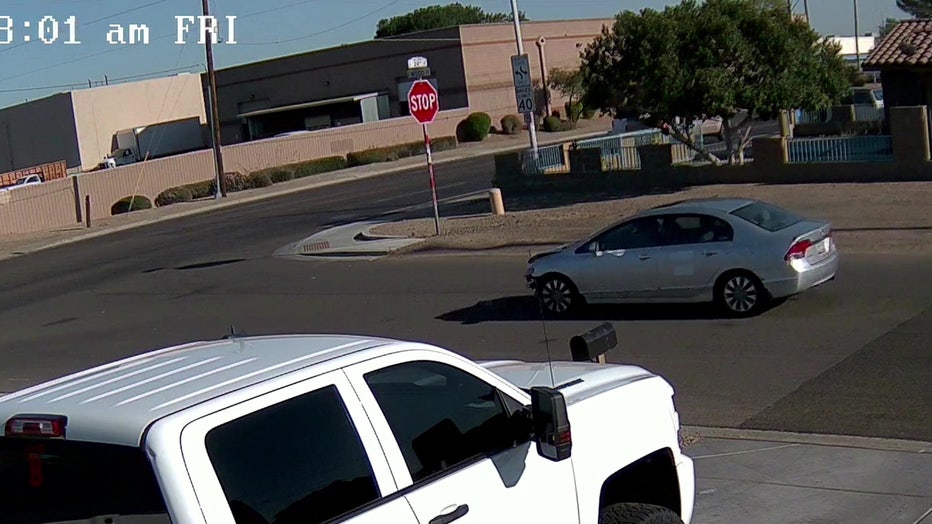