FOX 10's Justin Lum has the details on what led up to a deadly shooting outside of Club Silverado on Sunday.

PHOENIX - A Phoenix nightclub security guard has been accused of murder after police say he shot a man in the back and hid the evidence.

Court documents say the guard, 34-year-old Serafin Chavez, told police he was scared of going to prison, so he had the shell casing behind a trash can.

According to the statement, police officers were called to the area of 27th Avenue and Bethany Home Road at around 1:37 a.m. for calls of a shooting. When officers arrived, they found an adult man, identified as 29-year-old Ruben Sekiseka, with a gunshot wound. He was pronounced dead at the scene.

Phoenix Police say a bar fight had escalated into a deadly shooting outside of Club Silverado Sunday morning.

Documents revealed that security had escorted several people involved in the fight out of the building, with one of them being Sekiseka.

Moments later, police say Sekiseka pointed a gun in the air briefly, and two guards pulled out their weapons and followed him. 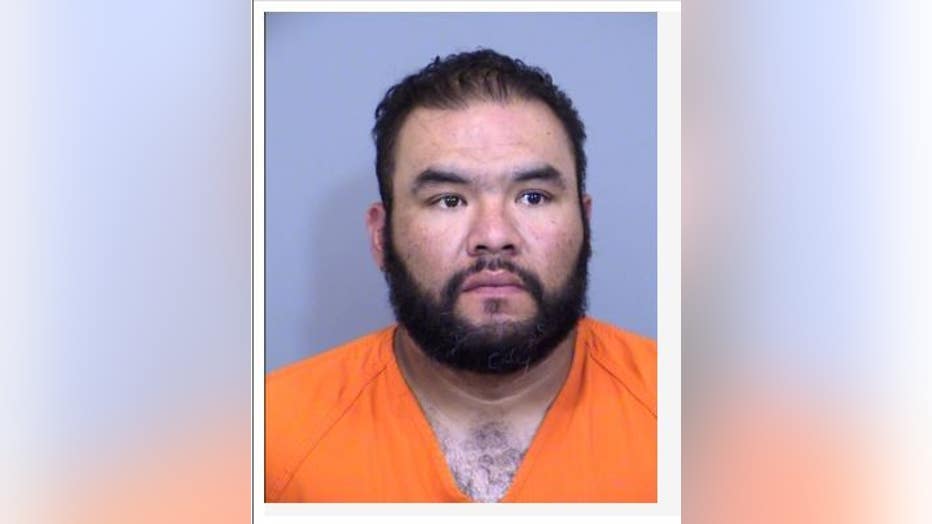 Investigators say one of the guards witnessed Chavez shoot the victim once in the back.

Initially, Chavez told police the victim shot himself after running and tripping. Police say he later admitted to picking up the bullet casing before he put it on the lid of a trash can outside of a nearby store.

The suspect also reportedly said he was told the hide the evidence and that he was afraid, claiming self-defense. However, court documents say police did not see Sekisaka holding a gun as he ran away on the video.

"Chavez initially told investigators that Sekiseka shot himself as he was leaving. During the course of the investigation, detectives learned that Chavez had actually shot Sekiska, and hid the expended casing from his firearm prior to police arriving," read a portion of the statement.

Chavez, according to officials, was booked into the Maricopa County Jail. He is accused of second-degree murder and evidence tampering.