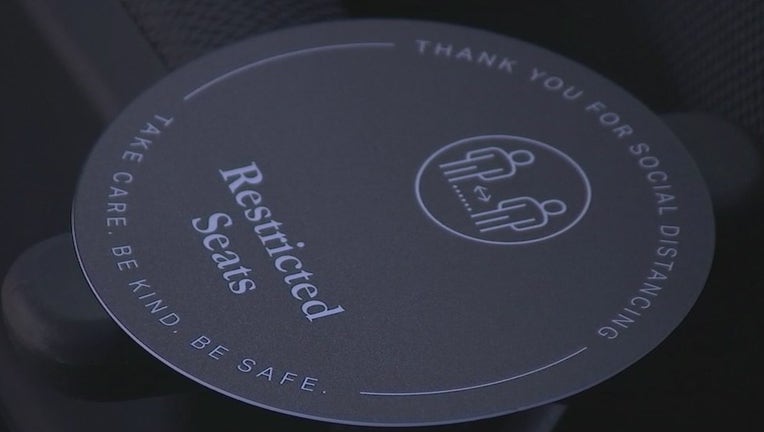 PHOENIX - For the first time in nearly a year, Phoenix Suns fans can buy tickets to watch the team play in-person at the newly renovated Phoenix Suns Arena.

Monday night, fans are back in the arena and the night before, healthcare workers were treated to tickets for them and their loved ones.

Inside the arena, there are some big changes. Some are COVID-19-related but more noticeably, the experience has been upgraded thanks to $230 million worth of renovations.

The Suns are capping fans at 1,500 people, well below the arena’s total capacity. But still, the excitement of being back filled the air.

"Seeing everyone come in yesterday was just a terrific thing. 1,500 people were pretty loud even with their masks on. We are requiring people to wear masks when they are not actively eating or drinking," explained Jason Rowley, Phoenix Suns President.

For now, fans can only sit in groups of two or four in the brand new seats. There are several signs helping people stay spaced apart and all transactions are contactless

Plexiglass is up at registers, there’s a grab and go section, and two new bar areas. So far, Rowley says fans are doing their part to keep everyone safe.

"We only had two reported incidents last night and once the people were given a warning, there wasn’t an issue past that," he said.

Fans will get two warnings and will be asked to leave the arena if they continue to violate safety protocols.

There's a cash converter machine at the arena – so if you bring cash – you can’t use it at the registers, but you can convert it onto a debit card – and use it to pay for concessions.

"We kind of got used to having zero people down here, so any number down here is a step in the right direction," said Donnie Phillippi with Crown Public House, adding, "Ever since they started the vaccines, you could just feel there’s more energy. There’s more people walking around downtown at night."

The Suns expect to increase their fan capacity to 3,000 people starting Feb. 16.

The Phoenix Suns played against the Boston Celtics in front of fans for the first time in a while, but it was special because the fans were all healthcare workers and their families.