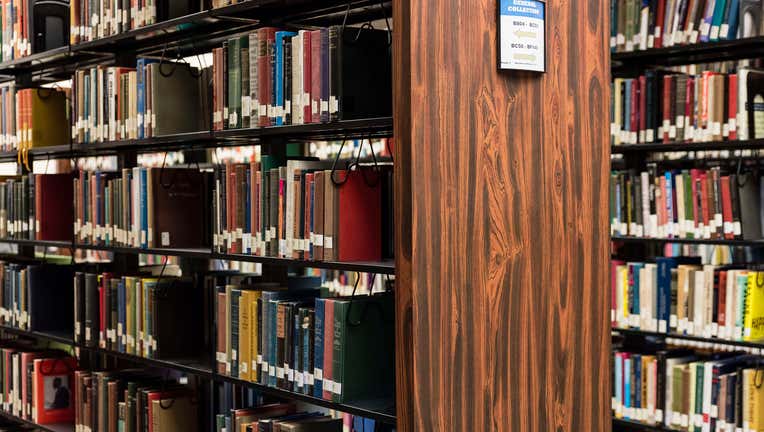 PHOENIX - Phoenix residents with overdue library books might want to wait a bit before bringing back their borrowed copies of the current best sellers.

Starting in November, Phoenix’s public library system will join a growing number of libraries around the United States that have dropped overdue book fees.

A unanimous City Council decision this week makes Phoenix, the fifth-largest metropolis in the U.S., also the largest one nationwide to dump the fines. Public libraries in the more populated cities of New York, Los Angeles, Houston and Chicago still charge them.

“We know that for some residents, the prospect of a late fee can act as a deterrence to using library services in the first place,” Phoenix Mayor Kate Gallego said after the vote.

Phoenix City Librarian Rita Hamilton said the move would allow the system comprised of 17 libraries to ensure “that access to our resources is as equitable as possible.”

Phoenix’s move is part of a new worldwide trend by libraries to eliminate fines the American Library Association considers “a form of social inequality.”

At its January meeting, the association encouraged libraries to consider dropping the fees, saying they “present an economic barrier to access of library materials and services.”

Other libraries have scratched late fees for children, who often depend on adults to help return books, or offer amnesty days when borrowers can bring back late materials without sanction.

The campaign for fee forgiveness also comes as libraries struggle to stay relevant amid the flood of e-books and other new forms of digital entertainment.

Libraries around the U.S. have added e-books and digital movies to their stacks of traditional books with paper pages, and now offer access to computers for people who don’t have their own for work and school assignments, and spaces where people can study and hold meetings.

Franklin said the Phoenix libraries get about $200,000, or less than 1% of its annual operating budget, from overdue fines. She said much of that loss will be offset with an extra $170,000 annually from the Maricopa County Library District that Phoenix belongs to.

The Phoenix system is still working on an exact date in November the new policy will take effect for its 1 million accounts, Franklin said. Phoenix libraries will keep charging borrowers the full replacement cost of lost or damaged materials.

“We do want our materials back,” Franklin said, “but we also want to remove shame and blame for returning them late.”

After the measure passed Tuesday, Councilman Michael Nowakowski noted that many Phoenix families depend on city libraries for computer access and other educational resources.

But Councilman Carlos Garcia said many people in south Phoenix’s working class neighborhoods have stopped borrowing books and other materials because of the possibility of fines they can’t afford.

“I hope moving from punitive practices continues to be a trend for programs in our city to make them more inclusive for all,” he said.