GILBERT, Ariz. - Police are looking for a suspect who was caught on video opening fire into an empty gas station in Gilbert.

Gilbert Police say the incident happened just before 2:30 a.m. on July 31 at a Shell station near Cooper and Ray Roads.

In the video, a man wearing a dark-colored sweatshirt, a black hat, light-colored shoes, and a face mask can be seen approaching the gas station before pulling out a gun in a plastic bag and firing several gunshots.

After the shooting, police say the man ran away heading southbound.

If you have any information, you're asked to call police at 480-503-6500. You can also submit a tip online at http://glbrt.is/GPDSubmitATip. 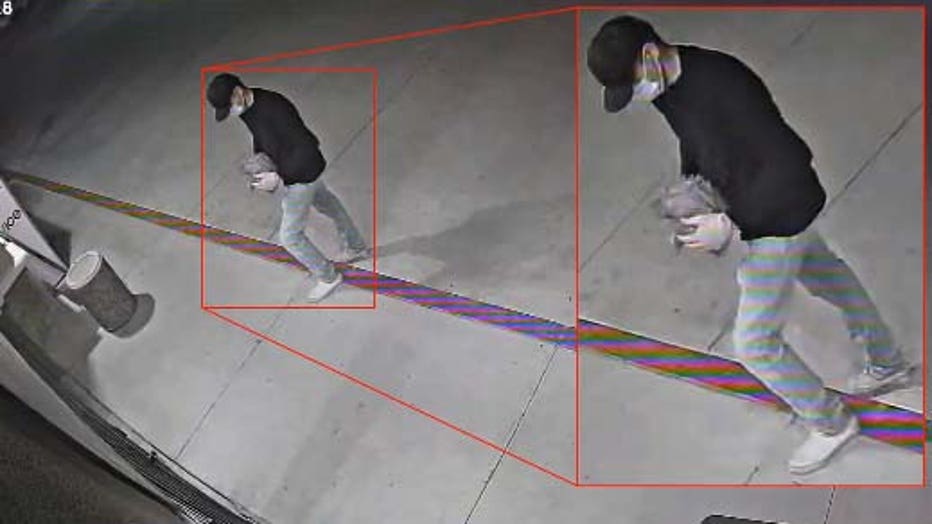 Police in Gilbert are looking for a man who was captured on surveillance video shooting at an empty Shell gas station. (Gilbert Police Department)