Police looking for 2 men suspected in stabbings and robberies

HOUSTON - Crime Stoppers and the Houston Police Department’s Robbery Division are asking for the public's help in identifying the suspect responsible for a series of robberies and stabbings. 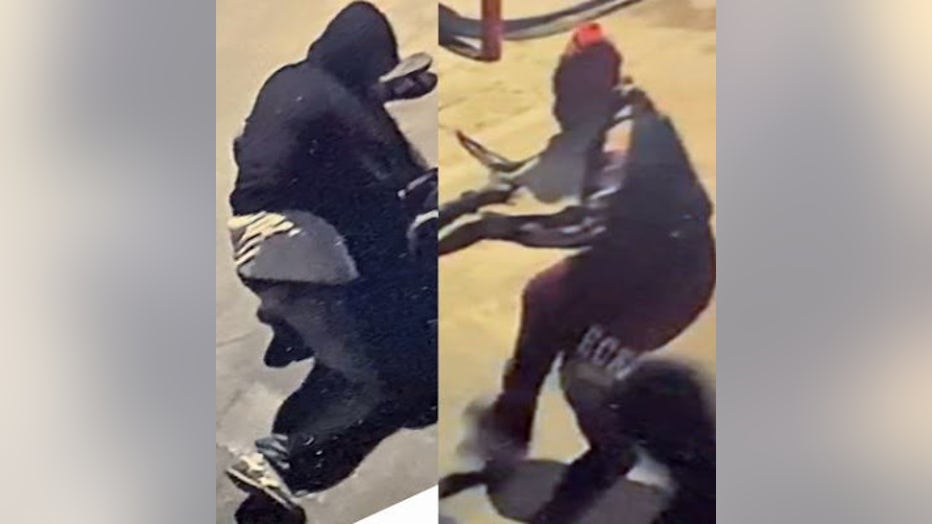 Police say two men who haven't been identified are responsible for five different robbery incidents that occurred on Monday in south Houston.

The first incident occurred at 910 Redwood at an apartment complex at around 6:10 p.m. The victim told officers he was on his apartment balcony when two Hispanic men approached him. The victim then said one of the men placed a knife to his throat and demanded his money. When the victim told the suspect that he did not have any money, the suspects then punched him in the face. Both suspects reportedly then fled the scene on foot.

The second incident occurred at 6113 Gulf Freeway along a walkway at around 6:40 p.m. Another victim said that while he was walking, he was approached by two unknown men and was hit from behind by one of the suspects, causing him to fall to the ground. He said the suspects both kicked the victim and punched him repeatedly while searching for any property on the victim. Both suspects then fled the scene.

The third incident occurred at 7600 block of Tipps at Mason Park at around 7 p.m. Another victim said that while in the park, two unknown men approached him. The victim stated that the suspects both began to assault him while one of the males stabbed him with a knife while trying to take his belongings. The suspects were able to take his phone and then fled the area.

The fourth incident occurred at an apartment complex located at 2520 Beatty at around 10:45 p.m. Another victim said that while he was in the laundry mat, two men approached him. The victim said that both suspects jumped him while attempting to take his wallet and phone. While the victim attempted to fight back, one of the suspects stabbed him with a knife. Both suspects then fled the scene with the victim's belongings.

The fifth incident occurred at the Fernandes Food Mart, located at 6275 Griggs at 11:10 p.m. The victim said that he was taking the trash out and was approached by two unknown men. Both of the men began to punch the victim while on the ground. One of the suspects then pulled out a knife and began stabbing the victim while taking his wallet and cell phone. Both suspects then fled the scene.

Crime Stoppers may pay up to $5,000 for information leading to the charging and/or arrest of the suspect in this case. Information may be reported by calling 713-222-TIPS (8477) or submitted online at www.crime-stoppers.org.