CASA GRANDE, Ariz. - Police are asking for the public's help in identifying a woman who was found dead in Casa Grande in June.

According to police, the body was found on June 5 on Tank Road, north of Ghost Ranch Road.

"Unfortunately, the body was decomposed beyond recognition, and we have not been able to identify this person," police said.

On Thursday, police released a sketch of the victim's face and of a left-shoulder tattoo that shows the words "Baby Face Rick" with angel wings above it. The woman also has a tattoo of a small flower with a vine and leaves on her lower-left leg.

She is believed to be white, Hispanic, or Native American and is 20-30 years old.

The cause of her death is unknown at this time. 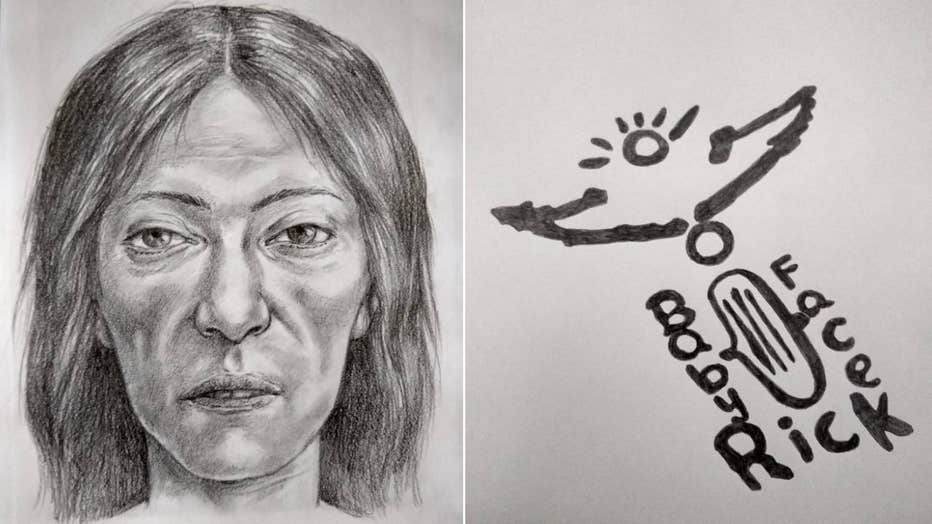 Both Daniel Scarpinato and Gretchen Conger have served on Ducey’s staff since he took office in 2015.

Glover joined Tempe police in 1999 and held roles in various divisions of the department including four years as a commander over areas such as the Professional Standards Bureau, Organizational Services Division and Criminal/Special Investigations and SWAT.

Arizona Superintendent of Public Instruction Kathy Hoffman is also calling on the governor to repeal his ban on mask mandates in schools.