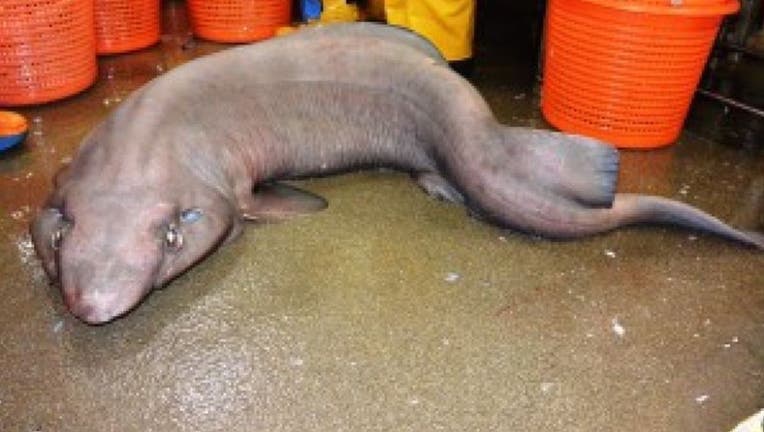 Experts were stunned by the rare shark, which was discovered during a recent deep sea survey by scientists from Marine Scotland. "This is not a species that has previously been found in Scottish waters," explained the Scottish Shark Tagging Programme, in a statement.

The elusive creatures can grow up to 10 feet long, but this one was around 6 feet, according to media reports.

The strange-looking shark has drawn unfavorable comparisons to the blobfish, which was dubbed the world's ugliest animal in 2013.