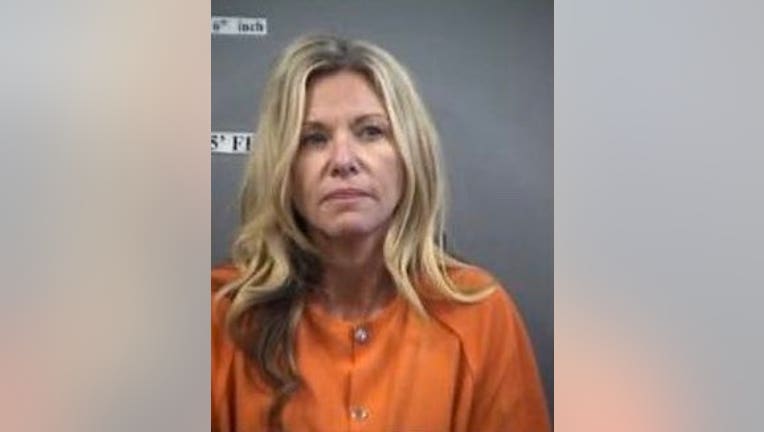 REXBURG, Idaho - The extradition process for the mother of two missing kids with ties to Arizona is underway. Following a quick court hearing in Hawaii on Wednesday, Lori Vallow is headed back to Rexburg, Idaho, where she's due in court on Friday.

Vallow was arrested in late February in Kauai, Hawaii, on a warrant issued by authorities in Madison County, Idaho. She is accused of multiple offenses, including desertion and nonsupport of dependent children, resisting or obstructing officers, criminal solicitation to commit a crime, and contempt of court.

Vallow's children, Joshua "JJ" Vallow and Tylee Ryan, were last seen in September 2019. The disappearances have uncovered a complicated sequence of events related to Lori and Daybell, including details surrounding the death of Vallow's former husband, Charles Vallow, details surrounding the death and subsequent burial of Daybell's former wife, Tammy, and allegations of cult membership.

In late January, Idaho authorities say a child protection action was filed on behalf of JJ and Tylee, and that a court has ordered Vallow to physically produce the two children to the Idaho Department of Health and Welfare in Rexburg within five days of being served with the order. Vallow, ultimately, failed to obey the court order.

During a bail reduction hearing in Hawaii on February 26, Vallow waived her rights to an extradition hearing.

Woman on flight with Daybell Speaks

Woman claims she was on flight to Arizona with Chad Daybell

As the extradition process for Lori Vallow, the mother of two missing kids with ties to Arizona, continues, FOX 10's Justin Lum spoke with a woman who claims she was recently on a flight with Chad Daybell to Arizona.

On Wednesday, FOX 10's Justin Lum spoke with a woman who claims she was recently on a flight with Chad Daybell to Arizona.

The woman, who wants to remain anonymous, said she shared a pleasant conversation with Daybell during a flight on September 19 from Idaho Falls to Mesa.

During the conversation, the two talked about their families, religion, and Daybell's fictional books about the end of times. The woman claims she has read a few of them.

"[Daybell] told me he was not writing those novels anymore about an apocalypse or something. He was just going in a total new direction in the books that he was writing," said the woman.

The woman said Daybell planned to help a relative in the Valley. A woman who needed to remodel her home.

"He said I hope we can get this work done in the time that I have before I have to be back," said the woman.

September 19 is also an important date for police in Rexburg, with detectives saying Vallow used care.com to find a babysitter for JJ. The babysitter did indeed watch him that day.

JJ was last seen on September 23. Tylee, meanwhile, hasn't been seen since September 8 at Yellowstone Park. It's unknown if the missing kids ever met Daybell.

At Daybell's home, located a little less than 10 minutes away from Madison County, a "no trespassing" sign can be seen, and on the door, a statement is posted, which announces Daybell's decision to not speak with members of the media.

On Wednesday, one of Daybell's son, Seth, was seen coming out to get mail. He said he was not making any statements.

Daybell's home is also where his first wife, Tammy, died in her sleep on October 19.

Tammy's death is still being investigated as suspicious.

On November 5, Daybell and Vallow married in Kauai.

Vallow now has three new attorneys to represent her at a Madison County court on Friday. Her lawyers have filed to reduce her bond amount. Meanwhile, Kauai's Prosecuting Attorney said Vallow will be flown out of Hawaii Wednesday night.