OAKLAND, Calif. (KTVU) - Controversial right-wing commentator, Milo Yiannopoulos, was in the Bay Area over the weekend and stopped by KTVU for a one on one interview with anchor Ken Wayne.

During Ken's interview, the far-right provocateur discussed a variety of topics, including his take on the culture of the Silicon Valley, which he charged clamps down on conservative viewpoints.

He pointed to what happened with Damore, who was fired earlier this month after posting an internal memo that said that biological differences could be the reason behind the lack of women in the tech industry.

"I feel for the guy. But I'm glad it happened. Because I can be an unsympathetic character because I go out on purpose and provoke, I've never denied it," Yiannopoulos said. "I enjoy winding people up. I do it on purpose. But he is a nice well mannered decent young man who expressed in the most reasonable terms imaginable, his concern that Google was an ideologically monolithic organization that did not tolerate dissent," he added.

Ken also discussed his views on Donald Trump, whom the internet provocateur said he believes was elected to shake-up the establishment on both the political left and right.

"I do like Trump. I've always liked Trump. I'm not gonna lie but I've always liked him. But one of the main things I wanted him to accomplish he already has which is he just represents this living, breathing existential threat to political correctness. just by living. just by breathing. He drives the senses and the scolds and the nannies insane and I love him, i love him for that," Yiannopoulos said

Yiannopoulos also lashed out at liberals saying they hold a double standard when it comes to free speech and he called for more people to come out to exercise their right to free speech but emphasized it be done in a peaceful manner.

Last February his scheduled appearance at UC Berkeley was canceled amid a violent protest on the campus.

He criticized the way law enforcement in this area handle these types of protests.

"It'd be nice if, the problem is the way the police operate in this kind of down because they don't police properly. They let Antifa smash the place up and they don't do anything about it and they did that when I came to UC Berkeley," Yiannopoulos said.

He also said he takes no responsibility for such violence that breaks out at his events.

"I bear absolutely no responsibility whatsoever for the violent actions of others. I will never accept that I do," he said.

Yiannopoulos also denied that he is one to provoke conflict, said he's not part of any act.

Yiannopoulos plans to return to Berkeley at the end of September to hold seminars on topics including feminism and Islam. 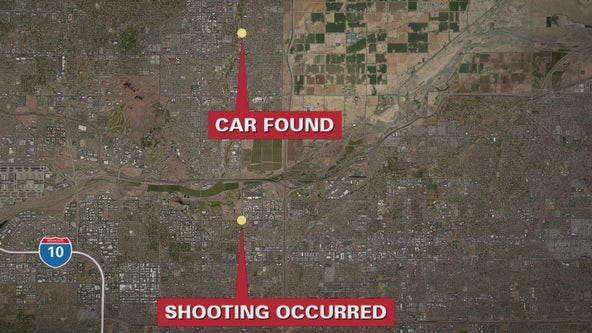