A South Bay high school student with a rare medical condition is thriving and achieving things he previously thought not possible. 16-year-old Shoham Das lives in San Jose's Almaden Valley and is a sophomore at Valley Christian.

SAN JOSE, Calif. - A South Bay high-school student with a rare medical condition is thriving and achieving things he previously thought not possible.

16-year-old Shoham Das lives in San Jose's Almaden Valley and is a sophomore at Valley Christian.

Like many teens, Das loves music, video games and cheering for the San Francisco 49ers. But what makes the San Jose resident unique is he has half a heart, after he was born with a rare congenital heart defect.

"I have low endurance compared to someone who doesn't. That can also mean I need more sleep and get tired really easily," said Das.

Das had open heart surgery when he was just three days old at Lucille Packard Children's Hospital Stanford. Then again when he was six-months old and four-years old, and he always cautioned to be careful with his body. 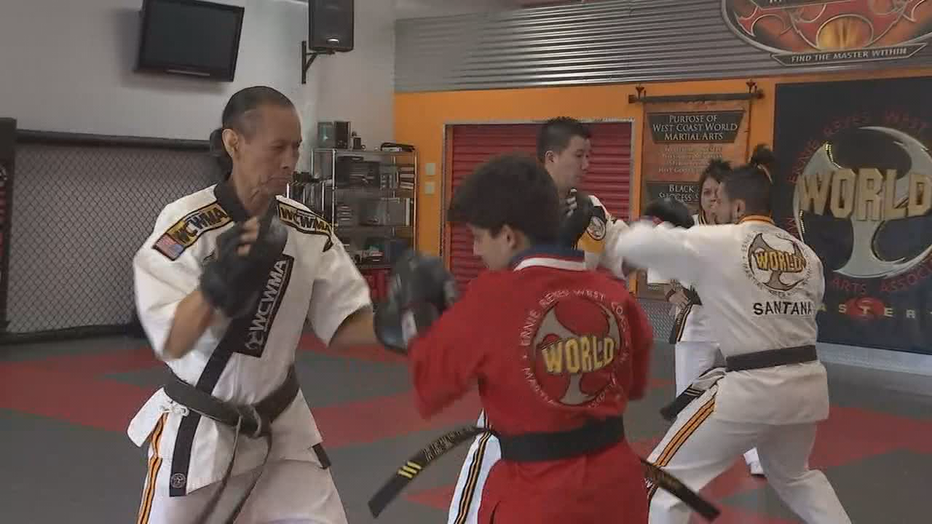 At age 16, Shoham Das has had three open heart surgeries. When he was younger, the Power Rangers television show inspired him to punch and jump, and his mother suggested he take martial arts. He now has a third-degree black belt in Taekwondo. "What h

But at seven years old, the heart patient got an unexpected source of inspiration from the Power Rangers television show that would change his life and help him find something he can do.

Das was so impressed by the characters' punching and jumping that his mother suggested he start martial arts.

Das' mother says half a dozen academies rejected her son because of his medical history, but West Coast Martial Arts in Campbell welcomed him in.

After years of training, Das earned his first black belt when he was 11, but something much more important would follow.

"What happened was all this exercise that I did ended up helping my heart grow stronger and because of that, I have a better quality of life and I'm able to do more things without getting tired easily," said Das.

The boy who had three open heart surgeries is now a teenager with a third-degree black belt in Taekwondo.

"I've never really seen anybody that has his condition. And to keep on coming regardless, and to be able to live a full life is amazing. It's taught me and it's taught our whole association," said Master Ernie Reyes with West Coast Martial Arts Association.

"There have been times where I've kind of been like 'Oh, why me.' But at this point, I can't really change it. It's part of who I am. The best I can do is make the best of it by doing martial arts and keeping a healthy lifestyle and I really can't imagine a life without it," said Das.

Das sees his cardiologist at Stanford every three months and the same doctor who's cared for him since he was born.

Das' mother makes a point to talk to parents of other patients to give them hope and share about her son who had open heart surgery at three days old and is now thriving.