Watch out for scorpions! Combining the recent hot temperatures and monsoon activity, scorpions are more active, especially inside, where most stings are reported.

PHOENIX - A new report by Banner Health is showing that there has been an increase in the number of scorpion stings in Arizona.

Tony Gonzalez is the co-founder of Scorpion Repel and in one night, he says he found over 35 scorpions in just 20 minutes. He says combining hot temperatures and monsoon activity brings them out even more, especially inside, where most scorpion stings are reported.

If you spot one, he says there's likely more nearby.

Some other unlikely scorpion hiding places could include palm trees, sandboxes, couch cushions and ceilings. 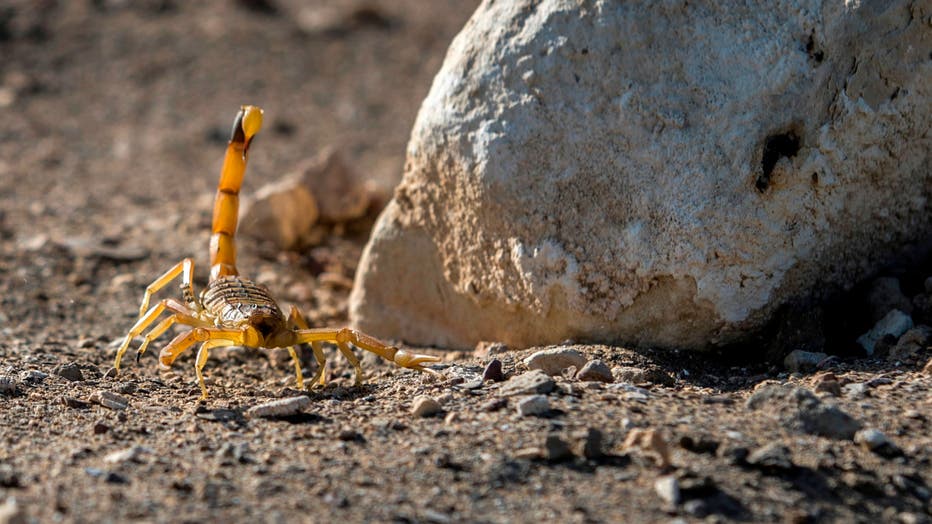 A scorpion is pictured at the Scorpion Kingdom laboratory and farm in Egypt's Western Desert, near the city of Dakhla in the New Valley, some 700 Southeast the capital, on February 4, 2021. - Biomedical researchers are studying the pharmaceutical pro