THOUSAND OAKS, Calif. - Von Miller remembers every detail of each time he has sacked Tom Brady, starting all the way back in his second NFL season a decade ago. 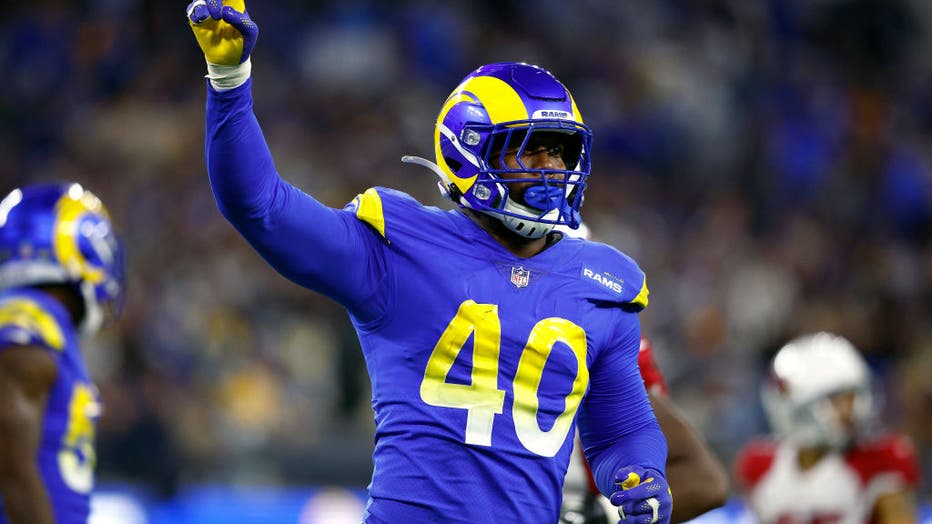 INGLEWOOD, CALIFORNIA - JANUARY 17: Von Miller #40 of the Los Angeles Rams reacts during the second quarter of the game against the Arizona Cardinals in the NFC Wild Card Playoff game at SoFi Stadium on January 17, 2022 in Inglewood, California. (Pho

He savored and catalogued their meetings over their years, highlighted by the AFC championship game in which Miller dropped Brady 2 1/2 times in the Broncos’ win over the Patriots in January 2016.

Miller has the chance to add to his memory bank Sunday when his Los Angeles Rams visit Brady’s Tampa Bay Buccaneers for a berth in the NFC championship game.

Miller is in position to chase Brady again precisely because he’s done it before. The Rams (13-5) added the three-time All-Pro linebacker to an already solid pass rush at great cost this season because they believe elite players give them the best opportunity to beat Brady, Aaron Rodgers, Kyler Murray and the rest of the NFC’s top quarterbacks on the way back to the Super Bowl. 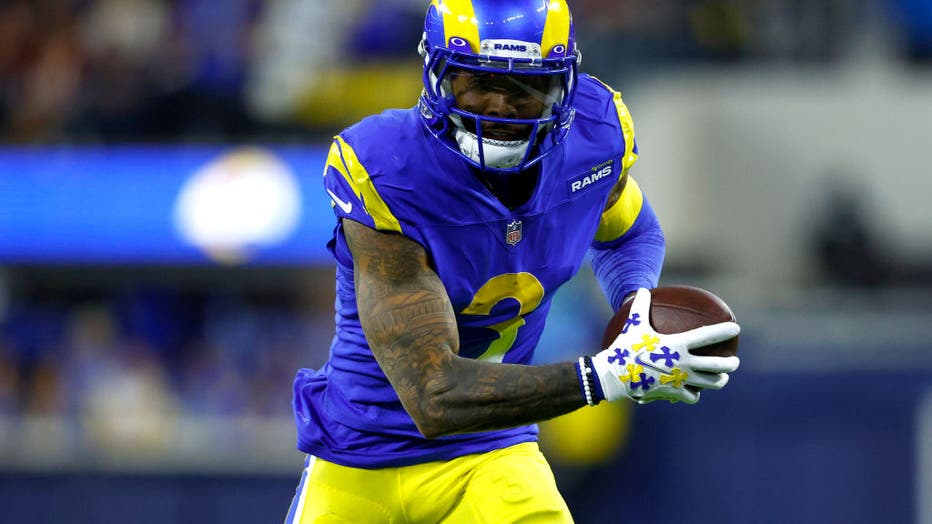 INGLEWOOD, CALIFORNIA - JANUARY 17: Odell Beckham Jr. #3 of the Los Angeles Rams runs with the ball in the second quarter of the game against the Arizona Cardinals in the NFC Wild Card Playoff game at SoFi Stadium on January 17, 2022 in Inglewood, Ca

The Rams have spent a half decade making salary cap contortions and sacrificing draft picks because they believe stars will light their path to the top. While some teams patiently stockpile homegrown talent and hope to hit the jackpot, Los Angeles attempts to make its own luck by paying any price necessary to land the best players.

Miller, Jalen Ramsey, Matthew Stafford and Odell Beckham Jr. all joined the Rams over the past two-plus years, three of them arriving in blockbuster trades that cost the Rams multiple draft picks. They’ve already delivered an NFC West title and a playoff victory to a team with five consecutive winning seasons under coach Sean McVay, and the Rams have won six of their past seven games overall.

But paying top prices for premium players means the Rams have high stakes in January. They realize this team-up will be widely perceived as a failure unless they reach their hometown Super Bowl next month — but nobody in the Rams’ training complex seems worried.

In fact, the Rams’ big names uniformly welcome the pressure. They didn’t get where they are today by flinching under outside scrutiny.

"It’s the nature of it," said Beckham, who got his first playoff TD catch and postseason victory last week. "These are the moments that you, as a kid, you waited for, you prayed for, and now have the opportunity to play for. And that’s really what matters, is being great in these moments. Regular season is cool, but ... I don’t want to say it doesn’t mean anything, but everything is about (the playoffs)."

The Rams’ acquisitions aren’t the only big names in horned helmets, since two of their three All-Pros are their own draft picks: defensive tackle Aaron Donald and NFL receiving leader Cooper Kupp. The top of the Rams’ depth chart is undeniably impressive, but every one of their big names has embraced the team-first mentality required by McVay, Donald and the Rams’ team captains.

"All those guys are our leaders, and they’re also our best players," offensive coordinator Kevin O’Connell said. "And when they’re doing those two things, leading you with their performance, but then also with the standard they set as leaders, that does so much for all of us."

Ramsey and Miller both became team leaders within a few weeks of arriving in Los Angeles two years apart, but Miller understandably needed time to adjust to the upheaval after being traded out of Denver, where he had spent his whole career.

Although he didn’t have a sack in his first four games with the Rams, Miller has a sack in five consecutive games heading to Tampa Bay, along with a steady surge in quarterback pressures.

What’s more, he’s second in the NFL with 22 tackles for loss, and he’s grading as an outstanding run defender. Miller is in the form that the Rams anticipated when they risked part of their future on him — and now he needs to deliver along with his big-name teammates.