A woman is accused of plotting her stepfather's murder. Authorities say Myesha Williams paid a boyfriend to kill her stepfather over an issue involving money.

DELAND, Fla. - A suspect in a murder-for-hire case refused to make a first appearance before a judge in a Florida courtroom on Tuesday, because she didn’t want to be seen on camera.

“If the 'news people' are there, I’m not coming out! I don’t want my face on TV!” Myesha Williams said.

“They are here. I’m not going to lie to you,” the public defender replied.

Williams is accused of paying a boyfriend to kill her stepfather.

Investigators said on Jan. 31, 2019, Terrence Gibson was sitting in a chair in a vacant lot watching a bonfire with friends in DeLand, Florida when he was gunned down from behind by a man in a ski mask.  The motive for the killing, investigators said, was money.

“The investigation revealed that Williams' motive was an insurance policy that she recently increased the value in the event of Mr. Gibson’s death. The insurance value was increased from $25,000 to $750,000 two weeks prior to the murder of Mr. Gibson," DeLand Police Chief Umberger told FOX 35 news. "The male shot Mr. Gibson several times in the back and then left the north through the back of several homes where we believe he was picked up.” 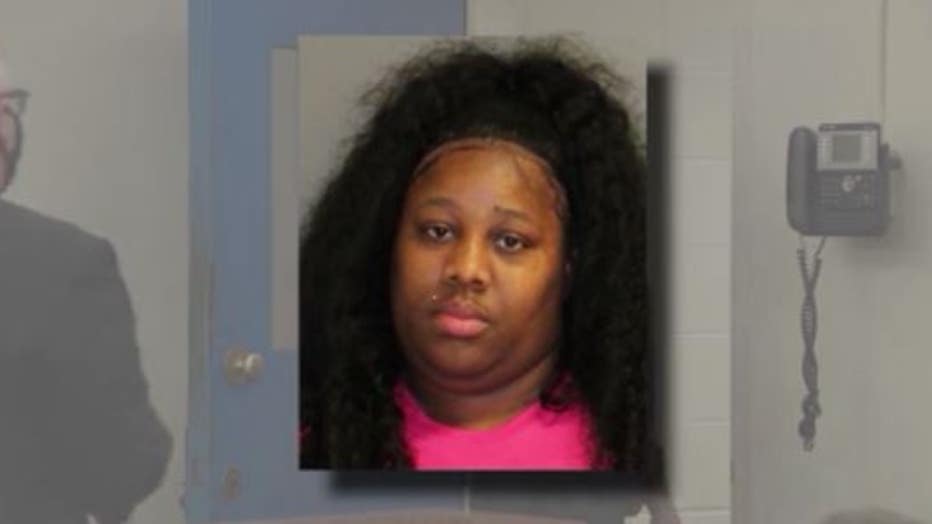 According to the arrest affidavit, investigators believe Williams was the getaway driver.

The affidavit revealed that evidence was a cellphone that investigators believe the gunman dropped, which showed calls to Williams' phone around the time of the murder.

Chief Umberger said his investigators have identified the suspect, currently in jail on unrelated charges.  He added that his identity and more information will be released once he is formally charged.