It's been true for some time that Republicans are generally more hostile to the news media than Democrats, but a study released Thursday found that's much more the case for supporters of President Donald Trump.

NEW YORK (AP) - It's been true for some time that Republicans are generally more hostile to the news media than Democrats, but a study released Thursday found that's much more the case for supporters of President Donald Trump.

The Pew Research Center study looks at viewpoints on the ethical standards of journalists and whether they act in the best interests of the public.

Meanwhile, 4% of Democrats who cast themselves as strong opponents to the president said journalists have “very low” standards. 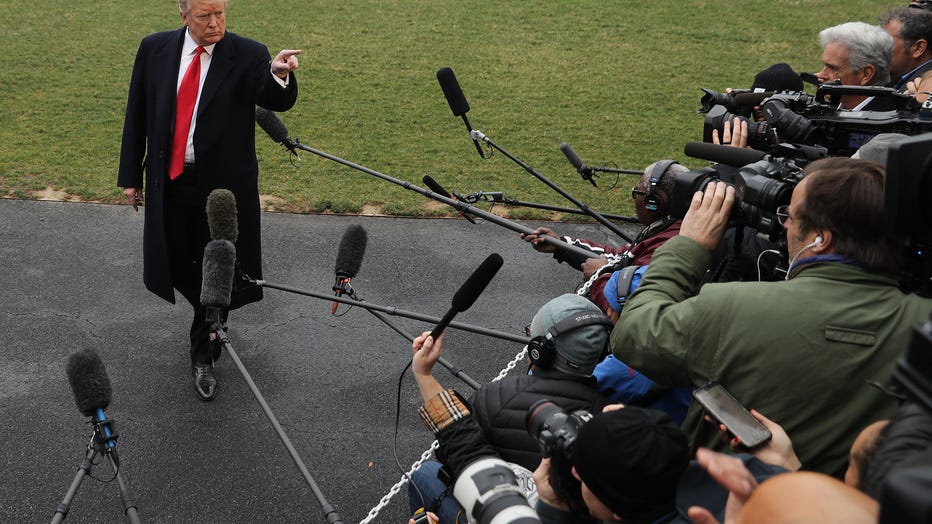 Twenty-three percent of Republicans who are lukewarm in their support of the president or oppose him say they have a lot of trust in national news organizations, but that number sinks to 9% among strong backers. The survey found 33% of Democrats who strongly oppose Trump also strongly believe in news organizations.

Trump has crusaded against what he calls the “fake news” media throughout his presidency and regularly attacks organizations like CNN and The New York Times.

“The president's attacks have done some damage,” Fox News anchor Chris Wallace said Wednesday at an event at the Newseum in Washington, D.C. He cited a Freedom Forum Institute poll this year where more than three-quarters of Americans said “fake news” is a serious threat to democracy.

“I believe President Trump is engaged in the most direct, sustained assault on freedom of the press in our history,” Wallace said.

The study didn't address the chicken-or-egg question of whether Trump supporters express these anti-press opinions because the president makes it a constant refrain or because they're already predisposed to believe them.

“Those criticisms really do resonate with his most fervent supporters,” said Jeff Gottfried, Pew senior researcher.

The poll also didn't cross-reference attitudes with media consumption habits, but it did find the partisan divide widened among people who say they have a high degree of political awareness. Pew found that 76% of people who say they are Democrats or lean in that direction have a great deal of confidence in the press, compared to 30% of Republicans. Among the highly aware, 91% of the Democrats surveyed have great confidence in the press, while only 16% of Republicans do.

“The ones who are most engaged with the news or politics are the ones who tend to be the most polarized,” Gottfried said.

It's a scenario playing out on television screens all week with coverage of impeachment hearings and politicians speaking to different audiences more than each other.

Pew's study is based on several of its surveys, most of them from 2018 on. It has an error rate of roughly plus or minus 2 percentage points.