CHANDLER, Ariz. - Chandler Police say a suspect was arrested following a deadly shooting in the East Valley city that stemmed from an argument about barking dogs.

The shooting happened on Jan. 20 near Arizona Avenue and Pecos Road. Police say just after 9:24 a.m., they received a call about a sound of shots in the area, and when officers arrived, they found a woman suffering from a gunshot wound. The woman was taken to the hospital, where she later died.

"40-year-old James A. Taylor was identified as the suspect in the shooting," read a statement from police after the shooting. "Taylor was taken into custody in a nearby area without further incident."

Schools in the area were placed on lockdown as a precaution. A shelter-in-place order that was in place has since been lifted.

"The investigation determined Luz was a transient known to frequent the area. The suspect was upset because his dogs were barking at Luz in the alley. Through investigation, detectives determined the suspect had yelled at Luz to get out of the alley and Luz refused to leave. Taylor retrieved a firearm from his residence, returned to the alley and again told Luz to leave threatening to shoot her. When she refused Taylor shot Luz multiple times."

Taylor is accused of first-degree murder and possession of a weapon by a prohibited possessor. 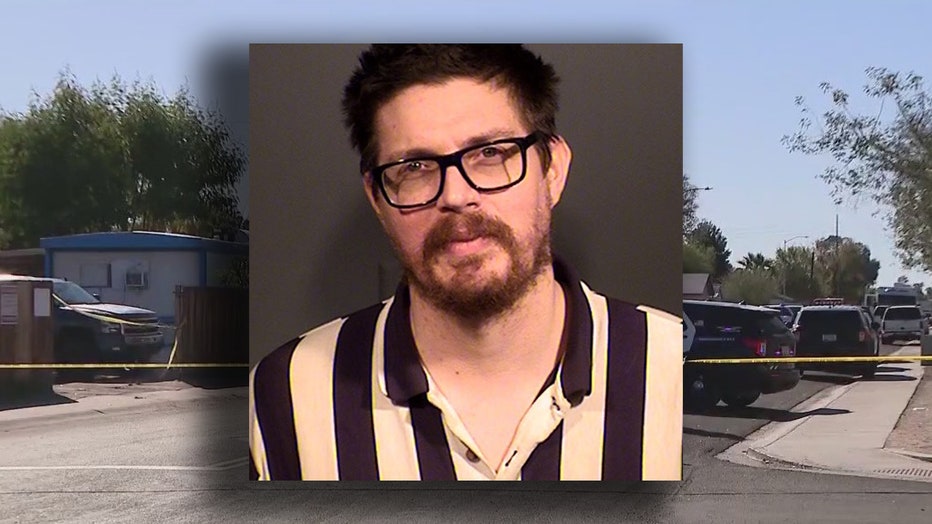