Surveillance video taken by the restaurant's cameras, which was released by officials with Silent Witness, show two people throwing glass bottles filled with gasoline at a restaurant located near 48th Street and Van Buren in late February. FOX 10's Steve Nielsen spoke with the restaurant's owner.

PHOENIX - Police are asking for help in identifying two suspects who were caught on video throwing Molotov cocktails onto the roof of a restaurant in east Phoenix.

According to police, the incident happened just before 3:30 a.m. on Feb. 28 at the Bread + Honey House restaurant, located near 48th Street and Van Buren.

Surveillance video shows the suspects throwing glass bottles filled with gasoline, commonly known as Molotov cocktails, onto the roof of the restaurant.

No one was injured, but the fires caused thousands of dollars in damage to the restaurant.

As the search for those responsible continues, the owner of the restaurant, Francisco Perez, wants answers.

"We didn’t see it coming, but we’ve been targeted before," said Perez, who has owned the restaurant for several years. "Some break-ins, some vandalism."

The incident on Feb. 28 was a wake-up call for th business about what can go wrong.

"What went through my mind when I saw the video was fear, a little bit of anger, and honestly, sadness," said Perez. "I was sad because we don’t try to harm anyone around us."

"Material comes and goes, but you can’t replace a life," said Perez. "I want my staff to be safe, and my clientele to be safe. This is not good for business all the way around."

Perez, who wants to press charges, said this just yet another challenge he is facing in an already difficult stretch.

"Facing everything from inflation to locating products to now this, with vandalism to having to repair a few things, dealing with short staff, so we’re getting hit with every angle, and this is the last thing we need is somebody trying to burn down your building," said Perez.

The cost for repairs was in the thousands of dollars. 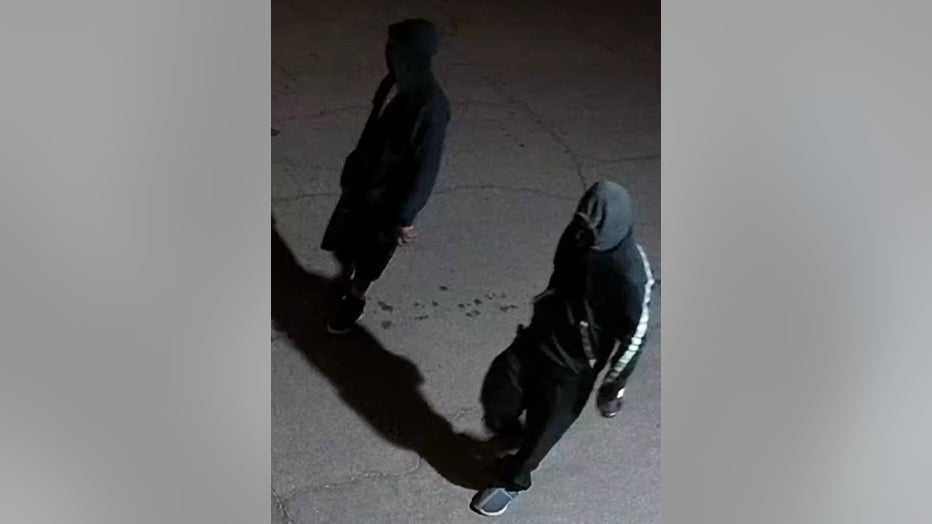 Police are asking for help in identifying two suspects who were caught on video throwing Molotov cocktails onto the roof of a restaurant in east Phoenix.

The first suspect is described as a short man who was wearing a face covering, shorts, a dark jacket, and shoes with white soles.

The second suspect is a man who is 5'10" to 6'0''. He was wearing dark sweatpants, a dark jacket with stripes down the sleeves, gray sip-on shoes, and dark gloves.

Police are asking for help in identifying two suspects who allegedly threw Molotov cocktails onto the roof of a restaurant in east Phoenix.