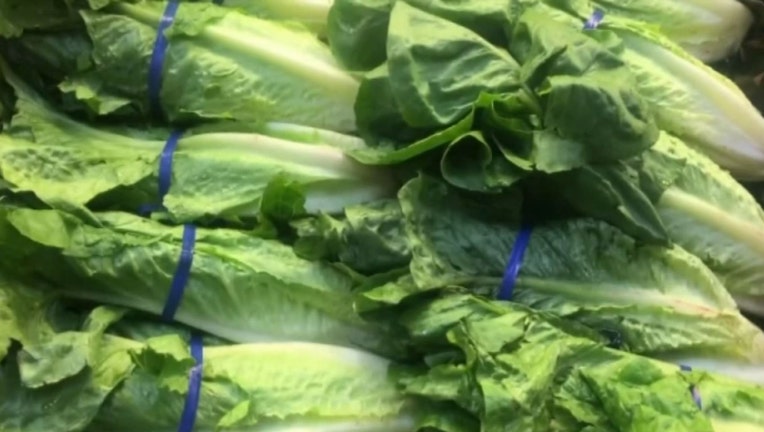 Stores across the U.S. have recalled salad products that originated in California after federal agencies warned they may be tainted with E. coli bacteria.

Target, Walmart, Wegmans, Aldi, Sam's Club and others acted on warnings from the Food and Drug Administration and Centers for Disease Control and Prevention when at least 40 cases of E. Coli infection were reported nationwide from products likely harvested in the Salinas area.

"If romaine lettuce does not have labeling information for its growing area or the source cannot be confirmed, consumers should not eat or use the romaine," FDA Deputy Commissioner for Food Policy and Response Frank Yiannas said in a statement on Friday. "Restaurants and retailers should not serve or sell romaine lettuce if they cannot confirm it is from outside Salinas."

"Any outbreak is a tragedy, and everyone across the supply chain must do more to protect consumers" ahead of Thanksgiving, he said.

At least 16 states have reported cases of the strain, and at least 28 people have been hospitalized, mostly in late October, with the earliest case reported on Sept. 24, according to the CDC statement. The agency's warning came a day after the Agriculture Department announced that prepared-food manufacturer Missa Bay, LLC  in Swedesboro, New Jersey recalled more than 75,000 pounds of salad products due to reports of E. Coli contamination.

All types of romaine lettuce grown in Salinas -- from whole heads to hearts of romaine, packages of precut lettuce and leaves included in salad mixes -- should be avoided, the agency said.

“We’re concerned this romaine could be in other products,” said Laura Gieraltowski, lead investigator of the outbreak at the CDC.

No deaths have been reported as a result of the E. coli contamination, but five people developed a kidney failure condition. The bacteria, technically known as E. coli O157:H7, can cause body cramps, bloody diarrhea and vomiting, though symptoms are usually not reported until an average of three to four days after swallowing the germ, the release said.

Salinas is a major growing region for romaine from around April to this time of year, when growing shifts south to Yuma, Arizona.

Officials never identified exactly how romaine might have become contaminated in past outbreaks. But another outbreak in spring 2018 that sickened more than 200 people and killed five was traced to tainted irrigation water near a cattle lot. (E. coli is found in the feces of animals such as cows.)

It’s not clear exactly why romaine keeps popping up in outbreaks, but food safety experts note the popularity of romaine lettuce and the difficulty of eliminating risk for produce grown in open fields and eaten raw.

The Associated Press contributed to this article.