Teen arrested in connection with deadly 2020 shooting in Phoenix

Kennon Grover is accused of shooting and killing Delfino Picazo in Downtown Phoenix in April 2020.

PHOENIX - Phoenix Police have made an arrest after a man was shot to death inside his van near 2nd Avenue and McKinley during the morning hours of April 6, 2020.

Delfino Picazo, 59, was a medical transport driver for the Department of Veteran Affairs. He was in the area to pick up a patient for an appointment, and was eventually found with a gunshot wound.

"Heartbreaking, because he was working and then that happened," said Margie Picazo, who is the victim's daughter. 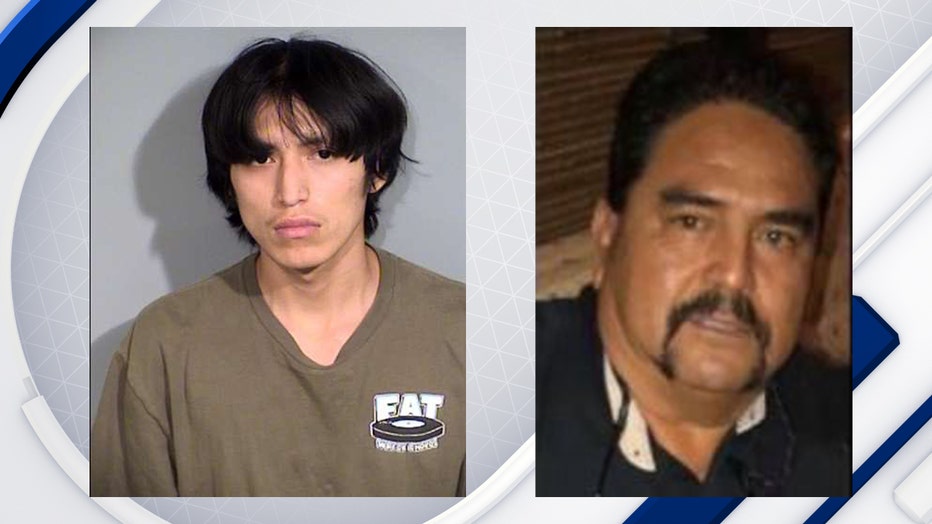 Police say Grover used Snapchat to tell his friend that he had to leave because he had "shot an old man" and was using cocaine at the time.

Investigators found that he had admitted to six different people that he had committed murder, blaming it on alcohol and drugs.

Grover, who had fled to the Hopi reservation before returning to Phoenix, eventually confessed to the shooting to police.

On Jan. 13, FOX 10 spoke with the victim's family members, who live in California.

Lili Picazo, who is the victim's daughter, says she vows to make sure her father's memory stays alive.

"I really hope [the victim's grandson] doesn't forget about him," said Lili. "Everyday, I remind him he was just a great grandfather to him."

"I feel at peace knowing that he's behind bars now," said Margie.

"He doesn't know how to cope with stuff like this, and I think this is obviously his biggest loss he's ever had, 'cause my dad was his best friend," said Margie.