INDIAN HARBOUR BEACH, Fla. (WOFL FOX 35) - UPDATE: The body of Bea Solomon, 19, has been found in the Tiber River in Rome.

His cause of death has not yet been released.

The family of 19-year-old Beau Solomon, of Spring Green, Wisconsin, said they haven't heard from him since Thursday night.

He is studying abroad in Rome, Italy, and his family has reported him missing.

Steve Solomon, Beau's Grandfather, told Fox 35's David Williams, he feels "Lost. Helpless. I want to be able to do something. I don't know what to do."

Beau is just like your typical 19-year-old Wisconsin teenager. Athletic, bright, and smart."

"He's a tough kid," Steve Solomon said of his grandson.

Steve Solomon said his grandson, a University of Wisconsin freshman, was out with classmates Thursday night at bar in Rome just blocks from campus.

They were celebrating the start of their semester abroad. Steve Solomon said the group couldn't find his grandson when they left ,despite searching for him.

They haven't heard from him since. His aunt, Jennifer Solomon, fought back tears as she spoke to Fox 35's David Williams.

"Shocked," She said "I just thought how can this happen?"

"I did hear that the credit cards were used in Milan, not Rome," He said. "They were used not by him."

His family in Florida told Fox 35 that United States government agencies and Italian authorities are trying to find him.

In their heart-of-hearts, the Solomon's are praying and hoping someone, anyone, knows where he is.

"See his picture. Find him. Tell somebody," Jennifer pleaded. "Call the Embassy. Call the cops."

"We are deeply concerned about Beau and are working with John Cabot University in Rome and American and Italian authorities to assist in any way possible as they seek information on his whereabouts. We ask all Badgers to keep Beau and his family in their thoughts and prayers."

Berquam added that Beau Solomon just completed his first year of study as a personal finance major at UW-Madison.

He previously studied at Southwest Wisconsin Technical College and UW-Richland.

Steve Solomon said, "This is not a minor thing. I think you prepare for the worst and you hope for the best."

The Solomon's of Indian Harbour Beach ask anyone who may know anything about where Beau is to contact the United States Embassy in Rome, Italy, or they ask that you contact The U.S. Department of State. 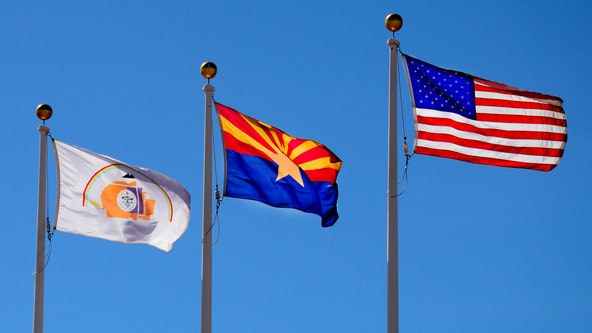