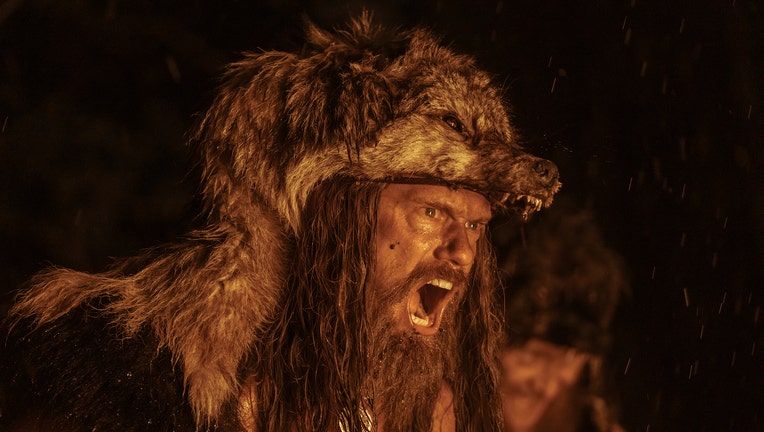 BROOKLYN - After mining the intersection of religion and the supernatural with "The Witch," as well as hallucinatory claustrophobia with "The Lighthouse," director Robert Eggers scales up his vision with his latest film "The Northman." This violent Viking epic fuses Eggers’ thematic interest in the thin line between the real and the phantasmagoric with a grandiose, theoretically more accessible narrative about vengeance.

Big-budget films are rarely untied from media franchises or intellectual property these days. Yet, they’re even less likely to be an organic continuation of an auteur’s previously explored preoccupations. At its best, "The Northman" feels like a personal blockbuster, which feels like a genuine curiosity in this age.

About "The Northman": An epic, otherworldly bloodbath 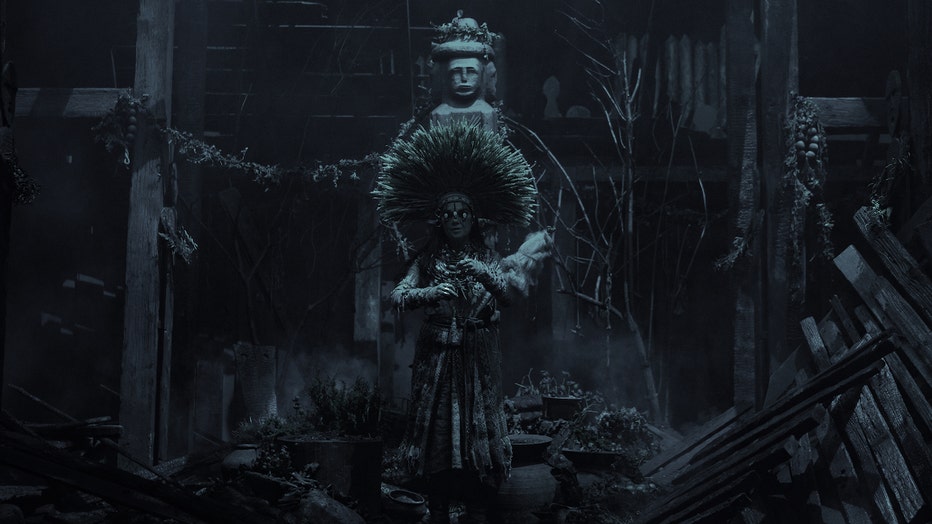 Based on the legend of Amleth (itself an inspiration for "Hamlet"), "The Northman" stars Alexander Skarsgård as the eponymous Viking who wishes to avenge the murder of his father, King Aurvandill (Ethan Hawke). Aurvandill died at the hands of his brother Fjölnir (Claes Bang), an event to which Amleth bore witness as a young child.

After a Seeress (Björk) informs Amleth that he will soon have the opportunity to take revenge, he finds himself on a slave ship heading to an Icelandic village ruled by Fjölnir himself. Amleth bides his time in the village by gaining the tentative trust of Fjölnir and his wife —also Amleth’s mother — Queen Gudrún (Nicole Kidman). But with the cunning help of fellow slave and secret sorceress Olga (Anya Taylor-Joy), he eventually takes swift and bloody revenge.

RELATED: ‘You Won’t Be Alone’ review: Waking the Witch

The film’s simple narrative often allows Eggers, who co-wrote the film with Icelandic writer Sjón, to indulge in various outré flights of fancy. For example, the film’s prologue features an extended scene of a young Amleth and King Aurvandill embarking on a spiritual ceremony conducted by Heimir the Fool (Willem Dafoe). The scene features the men play-acting like wolves and the young Amleth sticking his hand into his father’s gut wound so he hallucinates a vision of his ancestral line in the cosmos (the implicit goal of the ceremony). 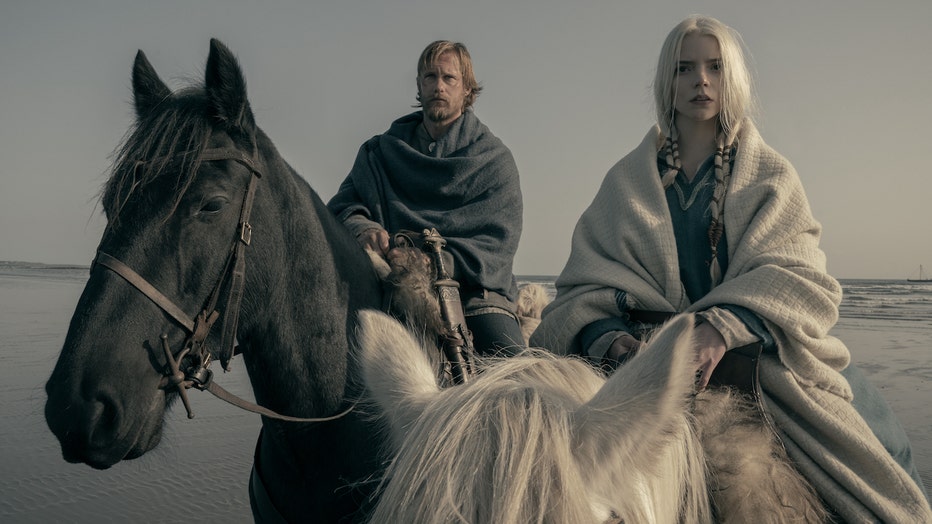 "The Northman" shines when it embraces this delectable combination of the filthy, gory Viking environment with the mystical Norse spiritualism that lies in dreams and fantastical deliriums. If anything, "The Northman" suffers from having too much of the former, even though it’s adolescently entertaining to watch such a loud display of blood and guts. An early pillaging sequence features Eggers’ camera tracking the violence like a predator stalks its prey, capturing the controlled spontaneity of sudden warfare.

RELATED: ‘We’re All Going to the World’s Fair’ review: One of the year’s best films is a digital nightmare

But it doesn’t hold a candle to the eerie phantasms that invade Amleth’s world, like when he retrieves a legendary sword in a sequence that straddles the line between fantasy and reality. Or whenever Amleth glimpses scenes of Valhalla, the fabled "hall of the slain," as a reward for his bravery. These scenes have unique emotional weight because Eggers contrasts them with the grime of the mortal world.

See "The Northman" for: feral performances and transfixing excess 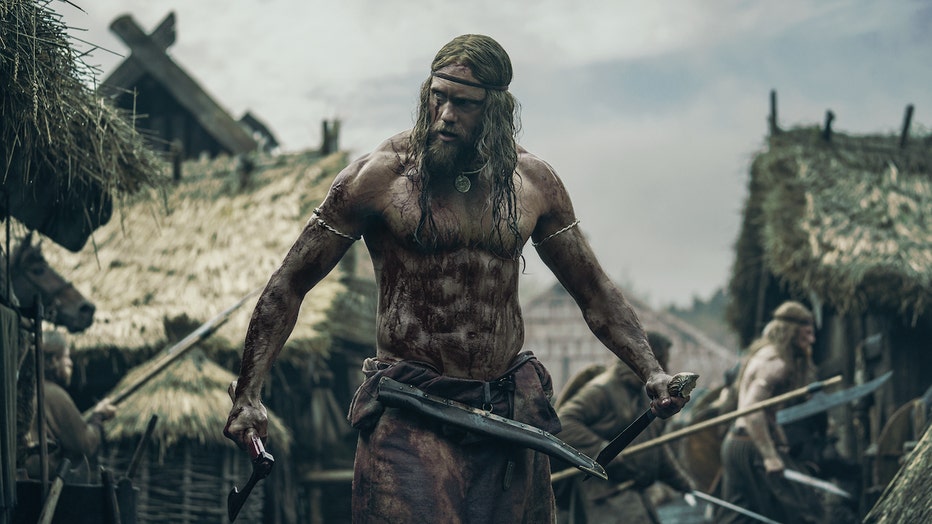 Every male actor in "The Northman" gives what can be described as a "feral" performance, especially Skarsgård, who frequently and explicitly channels something lupine. For a film that tends towards the self-serious, the comedy in "The Northman" lies in watching actors heavily commit to untamed savagery. There’s plenty of historical precedent for such conduct, but it neither makes it any less amusing, nor diminishes the film, to watch grown men howl and grunt like wolves before or after they commit realistic atrocities.

The same can’t quite be said about the film’s female characters. Eggers all but put Taylor-Joy on the map with "The Witch," but here, she has so little to do that her presence often feels like an afterthought, despite ostensibly playing a key role in the action. Kidman fares better, especially in the film’s back half when her character takes on greater importance, but as with Taylor-Joy’s Olga, Queen Gudrún feels too hewed to narrative mechanics, like she exists for a somewhat impressive plot twist. On one level, it’s understandable that women are secondary figures in such a masculine world, but the director’s attempts to acknowledge that fact and integrate Taylor-Joy and Kidman feel strained. 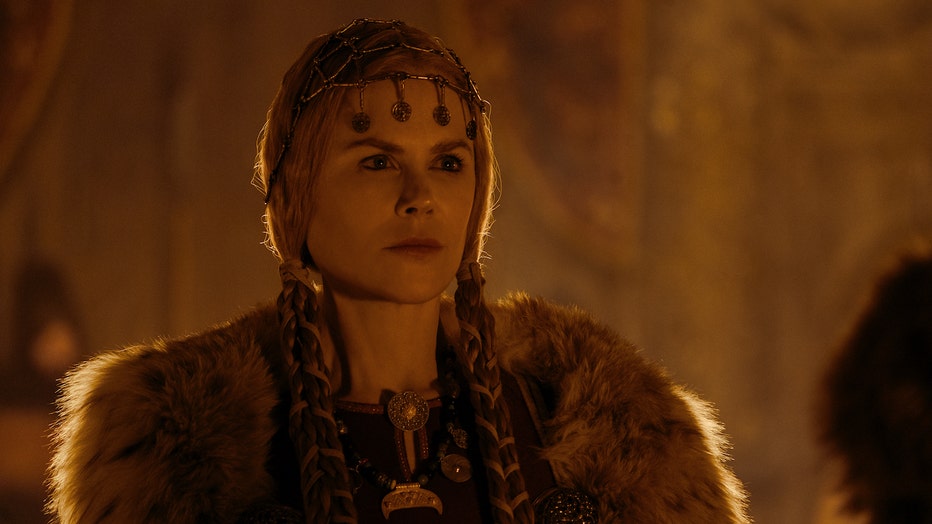 For all of its ferocity and swagger, "The Northman" dips in momentum when Amleth lands in Fjölnir’s village, even though the trials he endures are all steps towards his ultimate destiny. Like much folklore, concepts like "fate" play a big role in "The Northman," but Eggers admittedly engages in a kind of self-critique regarding the value of vengeance, arguing that Amleth potentially engages in weakness by privileging his enemies over the safety of his kin. Eggers ultimately equivocates on the issue by accepting the necessity of violence and the importance of family, claiming that the latter cannot exist without the former. A novel "have your cake and eat it too" conclusion though it may be, it feels somewhat half-hearted and unnecessary to broach that idea without really giving its due.

Nevertheless, it’s genuinely entertaining to watch a historical epic that mostly effectively blends commercial excess with arthouse flair. Eggers updates "Gladiator" with a metalhead’s worldview while refusing to compromise on his bizarro, potentially alienating stylistic preferences. In a media landscape all but hostile to artists exhibiting that kind of personality on such a grand scale, "The Northman" feels special by default even when it falters. Put it another way: there’s no other film out right now that refuses to pander to the lowest common denominator and features an extravagant climactic battle sequence set near an active volcano.

About the writer: Vikram Murthi is a freelance film and TV critic. His work has appeared in The Nation, The A.V. Club and Filmmaker Magazine, among other outlets.