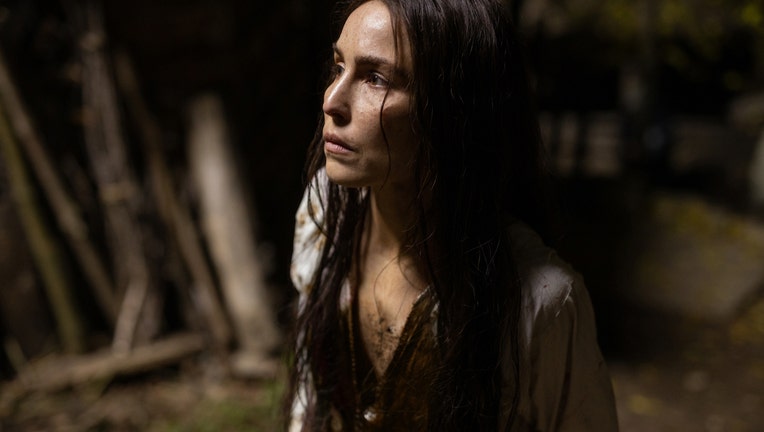 CHICAGO - The feral child of Terrence Malick and Robert Eggers, "You Won’t Be Alone" is a work of rare and haunting beauty that — as you might infer from the combination of influences cited above — is deeply, unquestionably not for everyone.

With this film, Goran Stolevski has created a singular vision that’s rooted in the bone-deep superstitions of Macedonian folklore, but told through an archetype of the writer-director’s own creation. Noomi Rapace stars, for a time, as one of the many manifestations of that archetype: a fearsome shape-shifting witch known as the "Wolf-Eateress." But a famous actress is just one of many bodies our bright spirit occupies over the course of this entrancing, frustrating, mesmerizing, baffling film.

WATCH FREE ON TUBI: Noomi Rapace in "The Girl with the Dragon Tattoo"

About "You Won’t Be Alone": Seasons of the witch

This witch’s first human host is a child raised in a sacred cave. The girl’s mother hid her there when she was just an infant, hoping to protect her from a supernatural being known as Old Maid Maria — an immortal sorceress with a taste for the blood of infants who still bears scars from being burned at the stake. When the girl turns 16, Old Maid Maria comes to collect her, and this time even a mother’s love cannot stop the witch from getting what she wants. So Old Maid Maria takes the girl and teaches her the surprisingly gory art of shapeshifting, which involves ripping out the guts of a human (or animal) with her sharp, talon-like claws and climbing inside the creature’s warm, wet chest cavity.

With Old Maid Maria as her guide, the girl hops through a succession of bodies, from Rapace — an abused wife whose strange behavior post-possession is chalked up to one too many blows to the head from her loutish husband — to a dog to a young, strong male farmworker. (The first thing she does upon inhabiting a male body is masturbate.) Each body teaches the witch-girl something new about the nature of human (and non-human) life, expanding her perspective from the infantile mind of a child who grew up alone in a cave to that of an omniscient, but still idiosyncratic, presence.

She even taps into Old Maid Maria’s memories, learning/remembering what it was like to be cast out and burned alive. 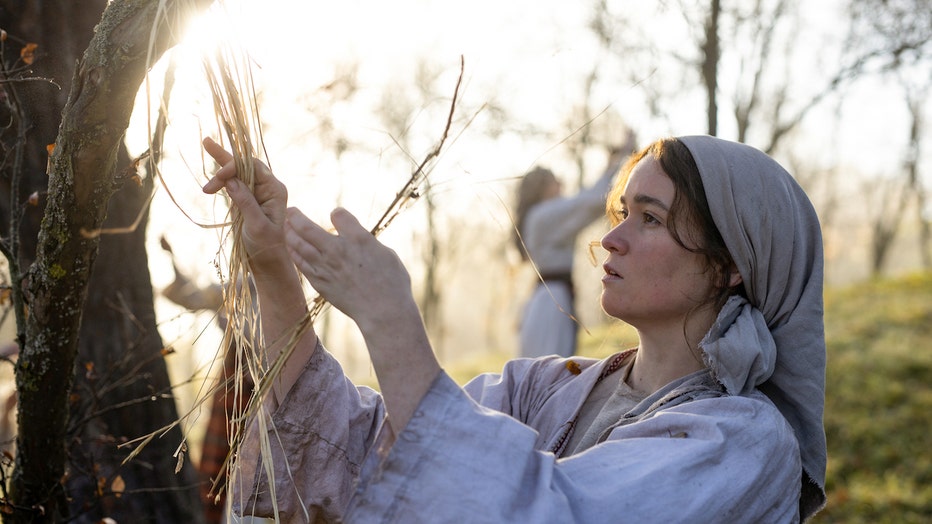 "You Won’t Be Alone" gets more impressionistic as the character’s journey wears on, deconstructing the already evocative filmmaking until the film becomes a loose, luminous montage of natural wonders — think hands silhouetted against a midday sky and light dappling through primeval trees. The refined beauty of these images contrasts with the childlike directness of the voiceover narration that’s present throughout the film. Stolevski is more concerned with creating an emotional through line than a plot-driven one in "You Won’t Be Alone," and viewers who are looking for a compelling story may find the film’s loose structure frustrating. On the other hand, if you can let go of the need for narrative and float down its stream of consciousness, the film’s insights can be quite poetic.

See "You Won’t Be Alone" for: Unconventional scares (and other big emotions) 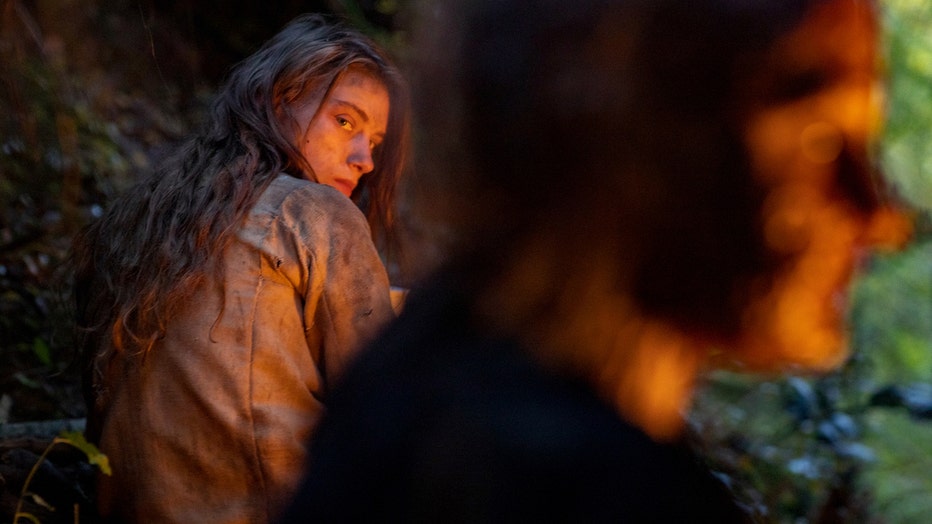 "You Won’t Be Alone" has enough blood and guts to qualify as a horror movie. But even by the standards of so-called "elevated" horror, it’s an especially esoteric one. It’s wholly unconcerned with cycles of tension and release, and regards fear with the same sense of detached curiosity as it does all other human emotions. Its evocation of pre-Christian belief systems and pre-industrial ways of life do slot it snugly into the "folk horror" subgenre, and fans of folklore will find intriguing parallels between Stolevski’s Wolf-Eateress, Irish stories about faeries and changelings and the Japanese myth of the kitsune onna, a fox spirit who transforms into a woman and marries a human man.

Stolevski’s film shares an animist inclination with those stories, a belief in the sacred spark that lives inside not only every human being, but every animal, plant, rock and waterfall as well. The disembodied spirit that narrates the film has an insatiable appetite for life, and craves sensual experiences, whether they be pleasurable or painful. She wants to know what it feels like to exist in a body: To love, to hurt, to suffer, to die. But she does not fear death, because she understands the interconnected nature of all things. "Me the skin? They bury me," she notes at one point, using the film’s eccentric grammar. "Me the witch? They cannot."

About the writer: Katie Rife is a film critic, programmer, and former Senior Writer of The A.V. Club. Her work has appeared in Rolling Stone, Polygon and Vulture, among other outlets.

Which witch will you watch (for free) on Tubi?

Season of the Witch (1972): Groundbreaking horror auteur George A. Romero turns his gaze from the zombies of "Night of the Living Dead" to a friendly neighborhood coven. A bored housewife begins to explore both extramarital sex and witchcraft as an escape from life’s tedium. Thought lost for years, "Season of the Witch" was restored for this release. Rated R. 89 minutes. Dir: George A. Romero. Featuring: Jan White, Ray Laine.

Da Hip Hop Witch (2003): Eminem’s face may be on the cover image for this hip hop "Blair Witch" spoof, but he’s not exactly the star. (That is, perhaps, one reason Artisan Home Entertainment had to recall copies of the film on DVD and VHS in 2003.) Instead, the film follows a group of white teenagers who set out to capture the titular witch, a malevolent entity who targets rappers. Mr. Mathers plays himself, as do Ja Rule, Vitamin C, Prodigy and Havoc (better known as rap duo Mobb Deep), Rah Digga and Vanilla Ice. Rated R. 85 minutes. Dir: Dale Resteghini. Featuring: Dale Resteghini, Stacii Jae Johnson.