Ice cream for breakfast: How a blizzard inspired a beloved holiday

ROCHESTER, N.Y. - Imagine being snowed in. For several days. With small children.

That was the case for Florence Rappaport of Rochester, NY, during the historic Blizzard of 1966.

Like many parents who’d find themselves in a similarly snowy situation, Mrs. Rappaport found creative ways to keep her family entertained.

"This blizzard in ‘66 was unusual," said Joe Rappaport, son of Florence Rappaport.

He and sister Ruth Rappaport-Kristal were only 7 and 6 years old, respectively, when the historic snowstorm hit their Rochester home.

"It was unbelievable," Rappaport-Kristal said.

"Between Jan. 31 and Feb. 1, 1966, a major nor'easter dumped heavy snow across much of the Northeast," said Brian Donegan, FOX Weather meteorologist.

"The storm was immediately followed by a blast of frigid arctic air, which caused lake-effect snow to develop in many of the Great Lakes snowbelts from Michigan and Ohio to northwestern Pennsylvania and upstate New York." 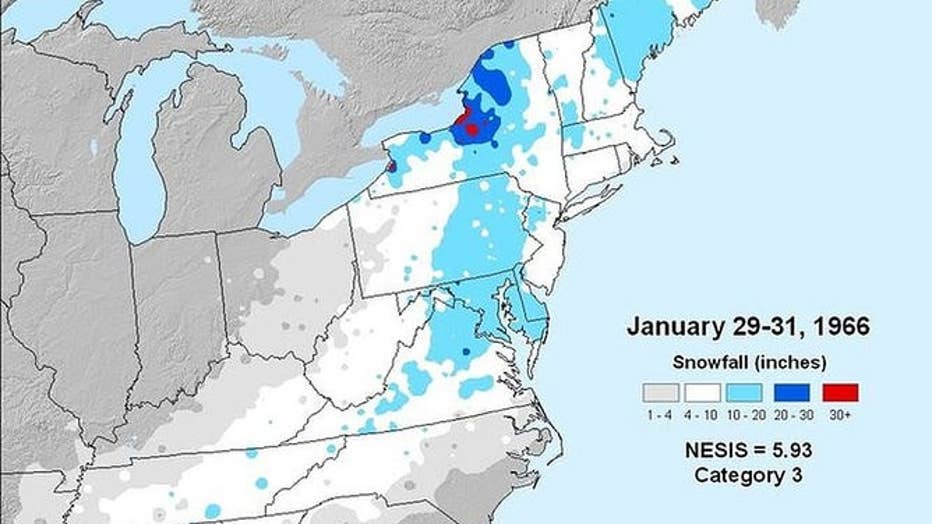 Rappaport recalled the impact of the heavy snowfall in their town of Rochester.

"You really couldn't go outside, and when you did, the drifts were well above us," he said. "I think it really took the city out for several days."

So, what was a family to do during that time, all cooped up in their home?

One Rochester mother had a sweet idea. 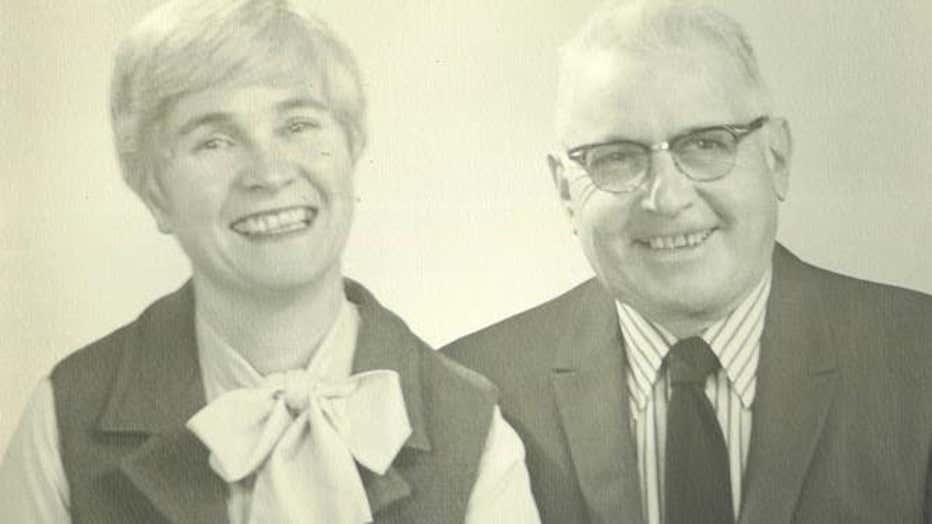 Florence Rappaport was a wife and a mother to six children.

"She was a lot of different things," Rappaport-Kristal said. "She went back to school while we were still young and got her degree in social work. She was always curious and loved history — but she was really just fun."

"She used to put on a roaring 20s record in the living room, and we would all dance with a vacuum cleaner," Rappaport-Kristal recalled.

When the Blizzard of 1966 kept the Rappaport family inside for several days in early February, Mrs. Rappaport channeled her fun-loving spirit by giving her children ice cream for breakfast. 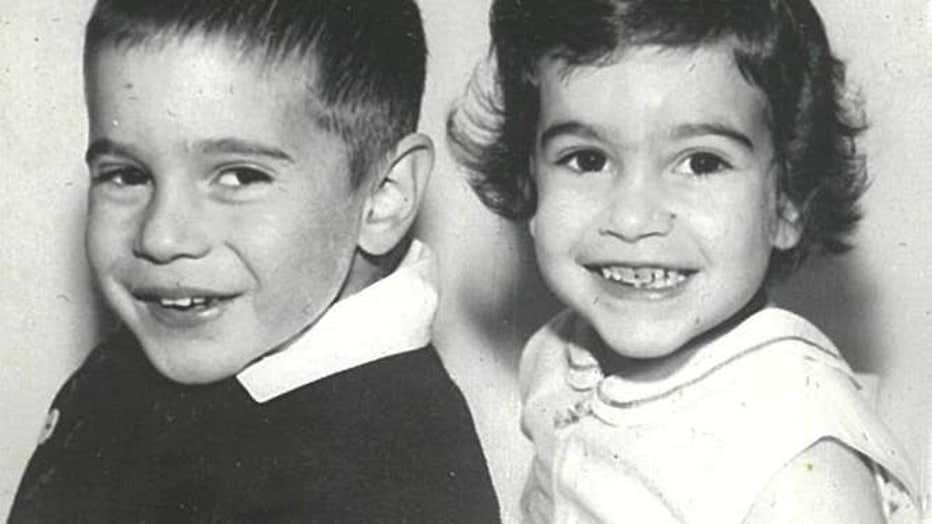 "This was a way of distracting us and amusing us -- and probably amusing herself, too, because she really liked ice cream," Rappaport said.

According to Rappaport, sweets such as ice cream and soda pop were rarely eaten in their household.

"So, getting a treat like ice cream on a cold day was really something for us," he added. "And that's why it became memorable."

For the Rappaport family, this novelty is part of the tradition's appeal. 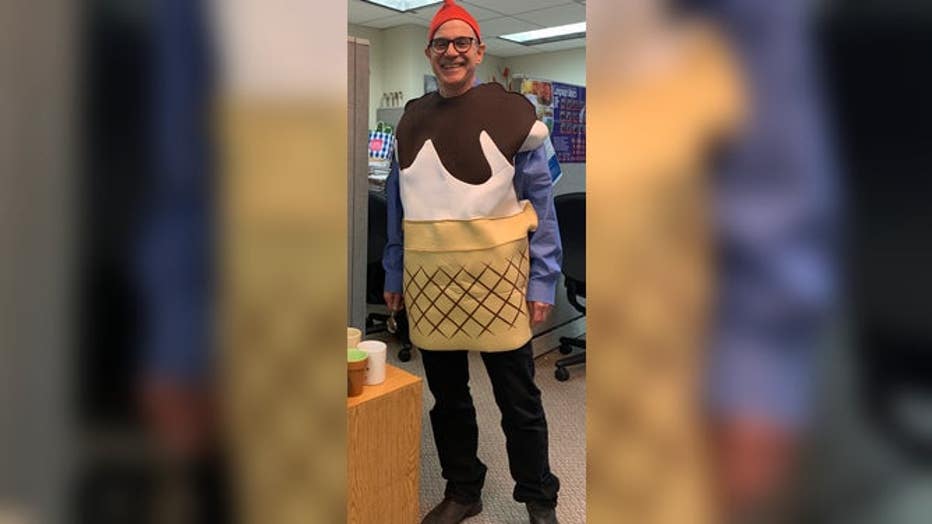 Joe Rappaport in an ice cream cone costume during Ice Cream for Breakfast Day in February 2020. (Credit: The Rappaport Family)

"People generally think of ice cream as a summer treat. And so, we're doing the opposite – we celebrate Ice Cream for Breakfast Day in the winter," Rappaport-Kristal said.

"It's kind of an opposite holiday," Rappaport said. "Sometimes kids like to go to school in pajamas. There's a pajama day or a backwards day. It's kind of the same thing."

"The idea of eating ice cream in the morning is backwards. And then typically, we have it in February, which at least where we grew up and even here in New York City and around the country, it's a cold time," he said.

"So, it's just kind of silly, and that is one of the attractions, as well."

More than fifty years since the inaugural Ice Cream for Breakfast Day, the blizzard that helped inspire Mrs. Rappaport to create the sweet tradition remains etched in history.

LEARN: What makes a blizzard different from an ordinary snowstorm?

According to Donegan, one particular band of lake-effect snow that set up southeast of Lake Ontario in central New York was so intense that it dropped an astounding 50 inches of snow in Camden, New York, in just 24 hours between the morning of Jan. 31 and the morning of Feb. 1.

Coincidentally, the tradition that the blizzard helped kickstart still stands, as well.

Ice Cream for Breakfast Day has also grown well outside of the blizzard’s original footprint in the Northeast, with celebrations sprinkled across the U.S., in Mexico and as far away as China.

But of all the places that now celebrate Ice Cream for Breakfast Day, its hometown of Rochester proudly wears the badge of being the tradition's birthplace. 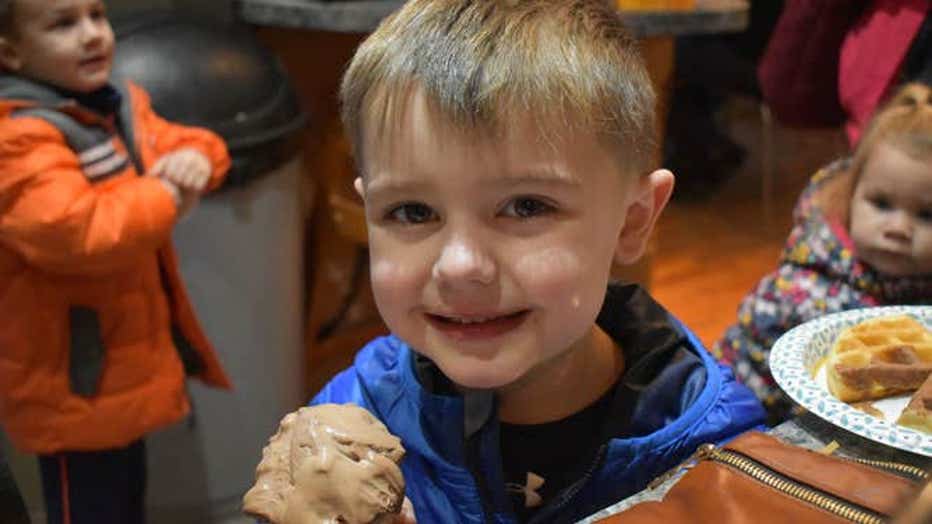 "Eat Ice Cream for Breakfast Day is the best day of the year," said Heidi Grenek, the co-owner of Moonlight Creamery, an ice cream parlor just east of Rochester, NY.

"I think to the extent that people can look forward to something that is a little bit silly, a little bit wacky and unconventional, it's fun and it breaks up a long winter," Grenek added.

Moonlight Creamery offers flavors, such as maple bacon and oatmeal, that are exclusively offered during the holiday. 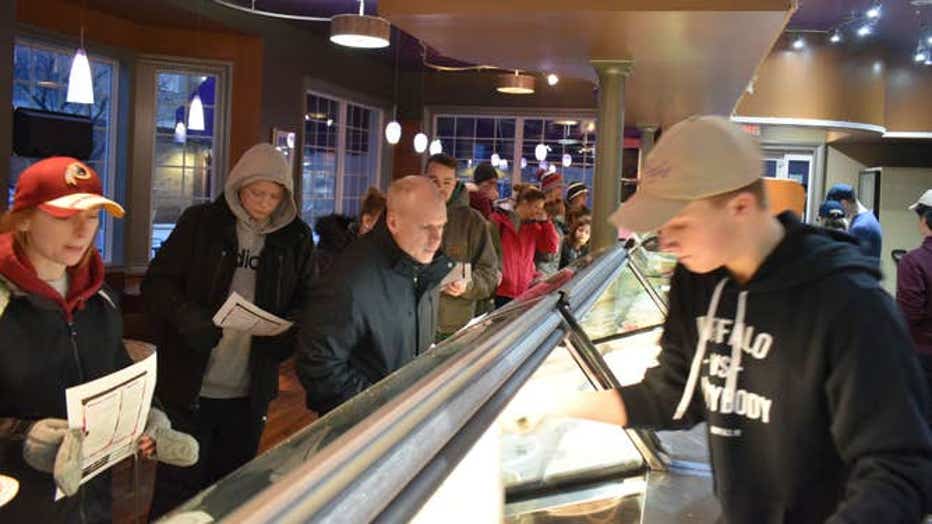 In addition to fun flavors, the Rochester ice cream shop provides guests a chance to give back to their community during the special occasion.

"We do it as a charity fundraiser for Holy Childhood, which is a program for intellectually and developmentally disabled children and adults, so that they can live their life to the fullest and maximize their independence," Grenek said.

The local ice cream shop has been celebrating Ice Cream for Breakfast Day for ten years.

"One of the things that we enjoy seeing is the families that come back every year and have made this part of their family tradition," Grenek said. 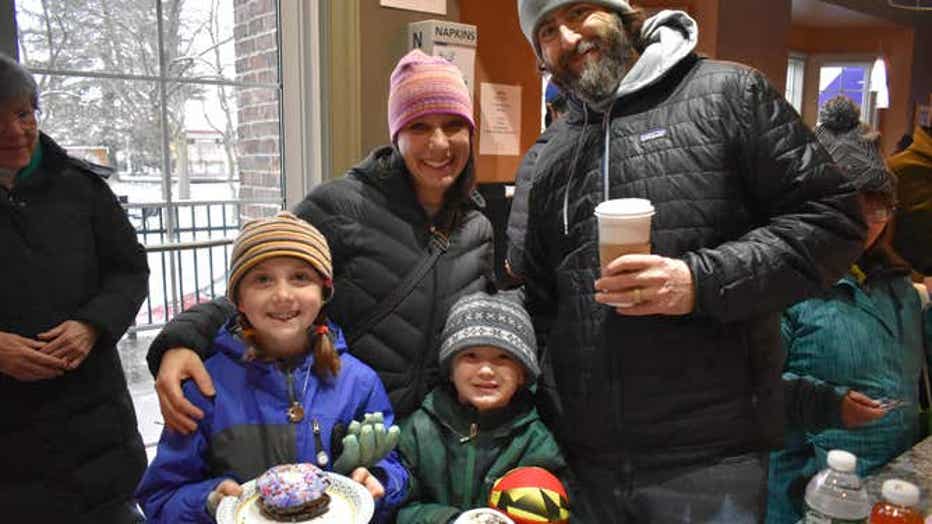 "You watch the kids grow up, year over year, and you know that you've created something that they're going to remember when they get older and they look back fondly on: Ice Cream for Breakfast Day. "

"I think the joy of the holiday is that it has spread exponentially and we don't know where or how," Rappaport-Kristal said.

"It's those funny coincidences that really make the holiday fun and you feel like, 'Oh, I made a slight difference in the world' – I didn't change the world dramatically, but you're leaving a little bit of a mark."

You can find more updates on this story on FOXWeather.com.