LOS ANGELES - They are the ones who fight for our freedom. And now, some of our nation’s greatest heroes are saying “thank you” to the heroes on the front-line in the battle with COVID-19.

The United States Air Force Thunderbirds flew across Southern California as part of “America Strong.” Six F-16 Fighting Falcons, in delta formation, flew over our hospitals to honor first responders fighting to save the lives of those suffering from coronavirus.

The nurses and doctors who could, got a chance to step away from the stress, anxiety and heartache inside the hospitals and for a moment, feel a bit of relief, excitement and joy.

“It fills us up, it really does,” said UCI Nurse Manager Janice White. “There are so many hardships that go along with this and fear and this is kind of nice because it does fill us up.”

The Thunderbirds spent an hour and a half buzzing over the roofs of about 20 medical centers in our region, using training hours to show their appreciation to healthcare workers across the country during one of the hardest times we’ve ever faced.

“They do much more than we do but it’s special,” said medical worker Carmen Patterson.

It’s not just about the medical workers, the Thunderbirds want to say, “thank you” to everyone, realizing that everybody is sacrificing during this pandemic. 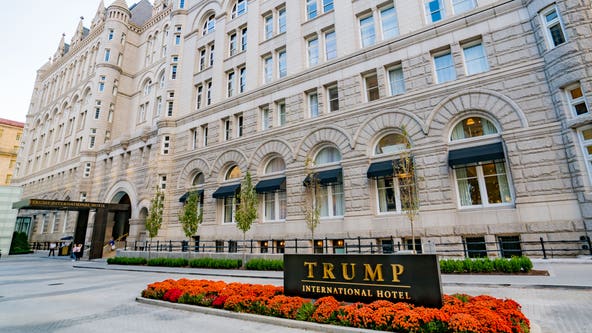