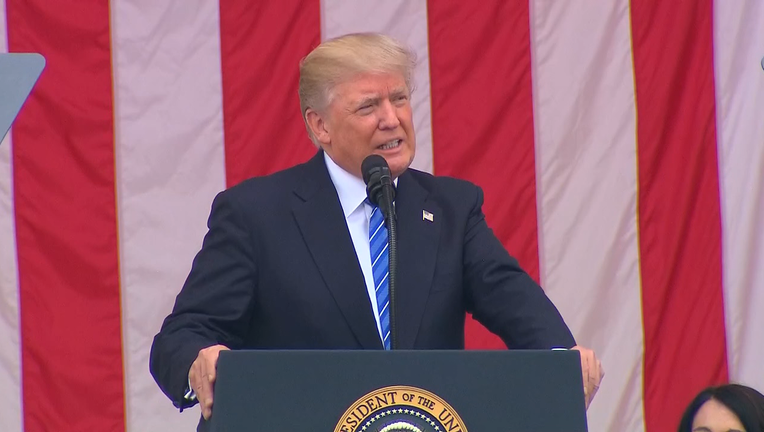 BRIDGEWATER, N.J. - President Donald Trump has tweeted a mock video that shows him pummeling a man in a business suit - his face obscured by the CNN logo - outside a wrestling ring.

It's not clear who produced the brief video, but it was posted from Trump's official Twitter account.

Trump's been stepping up verbal attacks on the media - and cable networks particularly. But an adviser thinks "no one would perceive that as a threat. I hope they don't."

White House homeland security adviser Tom Bossert also tells ABC that he thinks Trump's "beaten up in a way on cable platforms that he has a right to respond to."

A CNN spokesperson responded to Trump's tweet Sunday, saying: "It is a sad day when the president of the United States encourages violence against reporters. Clearly, Sarah Huckabee Sanders lied when she said the president had never done so."