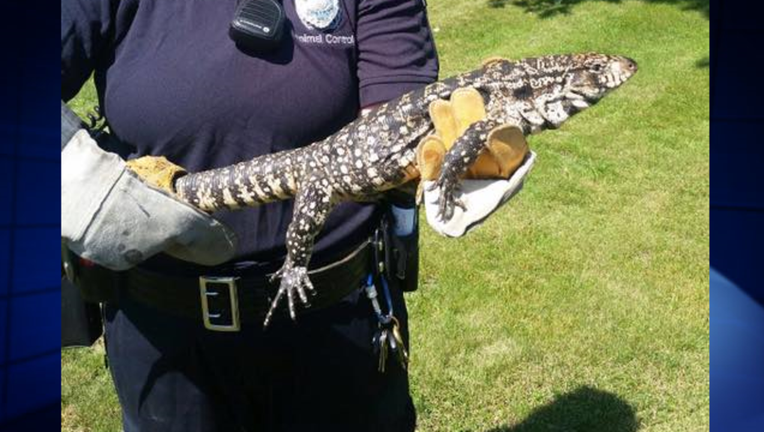 DEERING, Maine (WTXF) - An animal control officer in Maine had a run-in with an uncommon creature on Saturday.

The Portland Maine Police Department shared a photo of an Argentine black and white tegu it captured.

People in the city of Deering noticed it hiding under a shed in an abandoned groundhog burrow on someone's property for a few days.

The department's post explains the reptile had to first be baited with a hard-boiled egg. Then, she tried to run off with it, but ended up captured her in a net.

You can see the photo of the animal control officer who gets the credit holding the creature.

One part of this story is still missing. Police are looking for the animal's owner, and asking him or her to come forward to claim it.