PHOENIX - A 7-year-old Valley boy is being called a hero after he immediately sprang into action, setting off a series of events that ultimately helped save his mother's life.

Sabyan Vareles is officially a hero, and he's only in the second grade.

He was home alone with his pregnant mom last month when she suddenly became unconscious. Sabyan didn't waste any time, immediately calling his dad.

"She slowly started to fall on the couch and started to shake and stuff so I told my dad on the phone I think she's having a seizure," said Sabyan.

His dad called 911, and Sabyan went to the front of the house.

"He was right outside waiting on us to come into the house so he waved us down," said Jordan Block, a Phoenix firefighter.

Sabyan's mom was experiencing a severe pregnancy complication called an eclamptic seizure. She didn't know what was happening at the time, but if she hadn't been treated right away, she might not have survived.

"He did a stellar job, you can tell he loved his mom wanted to care for his mom, he was calm, he was collected," said Block.

Sabyan's mom was airlifted to Banner Estrella Medical Center where doctors performed an emergency C-section. One month later, his mom and baby sister are doing fine.

His father could not be more proud of his son's heroic actions.

"Extremely, we took him to Texas Roadhouse to get him a steak, he wanted a steak," said Robert Varelas, Sabyan's dad. 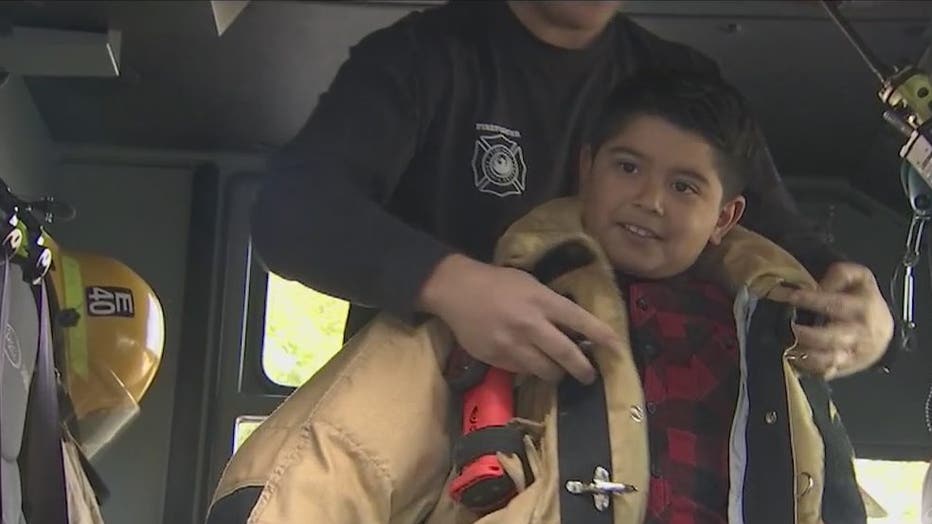 Sabyan received an award from the Phoenix Fire Department and a new Spiderman toy. He knows not all superheroes have special powers.

"No matter what you are you can be a hero," said Sabyan.

When asked if this experience may lead him into a future career as a firefighter, Sabyan he's still thinking about what he wants to be when he grows up. Right now though, his dream job would be to work at McDonald's.