St. Paul police are trying to identify a woman suspected of shooting randomly at vehicles at least twice in St. Paul and Maplewood.

ST. PAUL, Minn. (FOX 9) - "It took me a second to realize… this lady just shot at my car," Avah Leal recalls the moments someone randomly shot a bullet through her passenger side window.

On October 19, Leal and her 14-year-old sister visited a nail salon near Dale Street and University Avenue in St Paul’s Frogtown neighborhood. They recall pulling out of the parking lot and driving behind a white BMW X3 for about a mile. Near the St. Paul Cathedral, Leal tried to pass the SUV because the driver was going about 20 in a 30 mph zone.

That’s when the sisters realized a bullet had gone through the passenger window where 14-year-old Olivia was sitting. The bullet lodged in the car windshield, missing everyone, including Leal’s one and three-year-old in the backseat.

"She does not care whatsoever at all even if there’s kids in the car," says Leal. 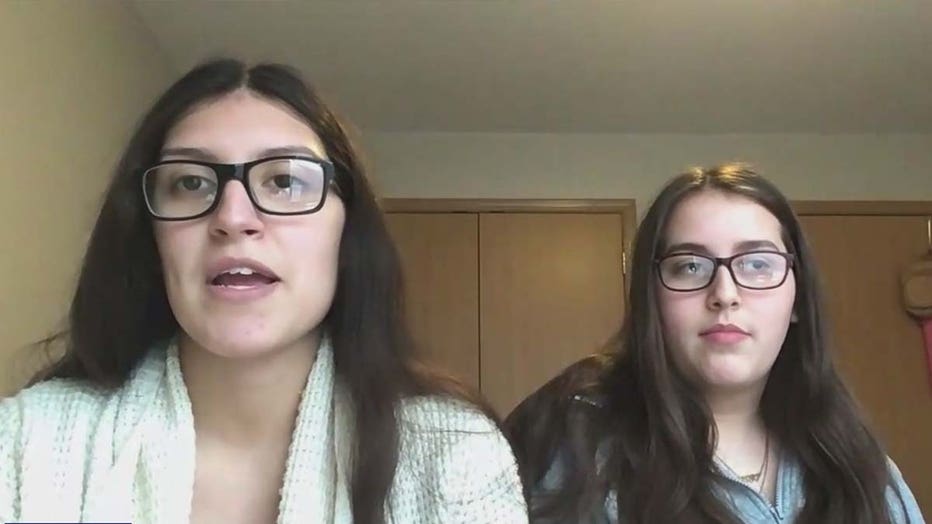 Earlier this summer, FOX 9 told viewers about a similar incident on July 1 in Maplewood.  Police believe the same woman is responsible for shooting another woman’s car. In the Maplewood incident, a year old as in the backseat, and the bullet went through the drivers headrest and became lodged in the driver’s head. The driver also survived and drove herself to the hospital.

"Obviously something is wrong because these shootings are 100% random," says St. Paul Police spokesman Steve Linders. "There’s no indication of any interaction between anyone in the vehicles and the suspect."

After months of combing surveillance cameras and talking to witnesses, investigators have run out of leads and are turning to the public. St. Paul police released video of the suspect’s vehicle and inside the nail salon where she paid cash.

"I have no memory of her," says Leal.

Leal just wants the suspect caught so she can be stopped.

"Someone could end up dead. For how close both times were," says Leal.