A man who allegedly screamed at members of an ASU pro-Trump group has left members of that group concerned. FOX 10's Nicole Garcia reports.

TEMPE, Ariz. - Officials with a student group at Arizona State University named "Students For Trump" are speaking out, after a disturbing experience on Wednesday. They had a table set up at the Memorial Union (MU), located on the Tempe campus when a man began yelling obscenities and the phrase "slash their throats."

The group's president, Osama Alani, says no one at the table knows who this man is, and didn't have any contact with him before he started his verbal assault. The suspect walked away, and no one was hurt.

However, students on the receiving end of the rant say the incident makes them feel uneasy.

"It was way more than freedom of speech. The guy did not look mentally stable, and if that guy had a knife or firearm, he could've acted on his speech. He could've not said a word and actually slashed our throats," said Alani.

According to ASU regulations, no one, except certified police officers performing his or her official duties, may carry a weapon onto campus grounds. 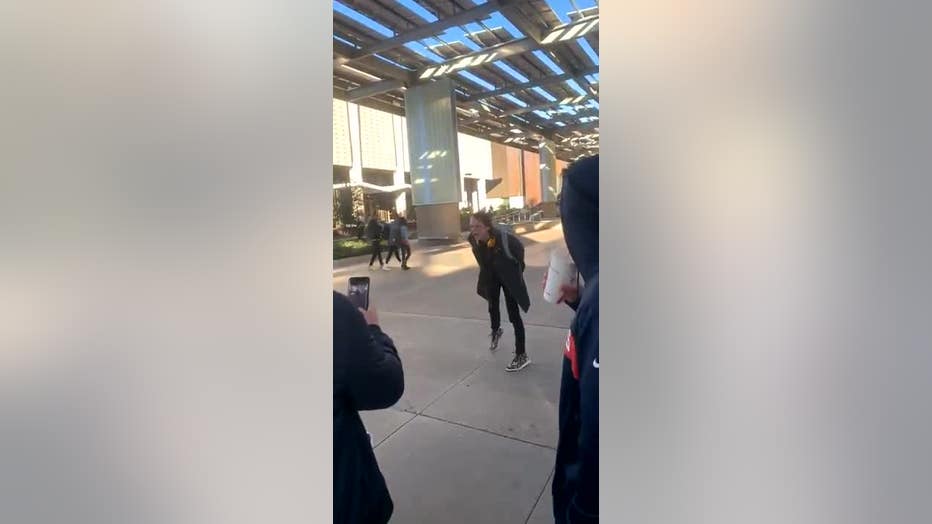 Alani says the group's goal is to register students to vote, and spread their pro-Trump message.  They just started up, and have only set up a table at the MU a handful of times. However, they have already had a fair share of anti-Trump encounters, including an incident where a student stole their Trump flag.

"A girl, she came up to our table and screamed 'F White People!' She was white herself, and she said 'Bernie 2020.' She grabbed our flag and ran away with it," said Alani.

As for this incident, ASU Police officials say they have not made an arrest, and released this statement that reads:

"We are working to identify this individual and confirm his status as a student. The Dean of Students Office will make contact and take appropriate action if this person is an enrolled student. Although we do not believe there is a threat to campus from the political altercation depicted in the video, ASU Police is aware and monitoring the situation."

"I guess we're going to have to feel defenseless whenever we table, and expect the police to show up in time when we need them," said Alani. 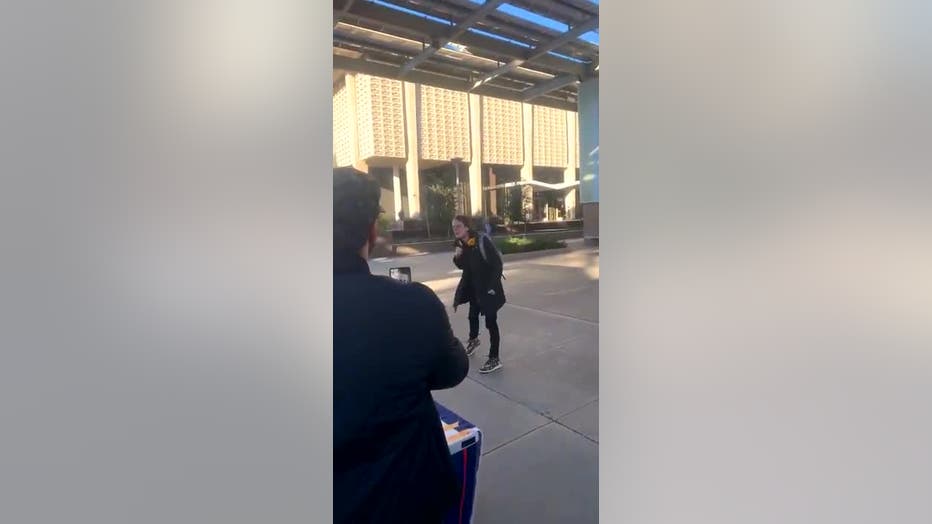