WEST PHILADELPHIA - "We love you Zamar," chanted the crowd as they released balloons in memory of 7-year-old Zamar Jones. A boy whose tragic death brought out most of his West Philly community. All of them hurt and angry that his life was lost to the violence plaguing our city.

"I don't understand and we out here we're sending out balloons for my little nephew and that's all we can do?" said his great-aunt Daqia Savage. She spoke on behalf of the family. His mother Jennifer surrounded by family couldn't speak. 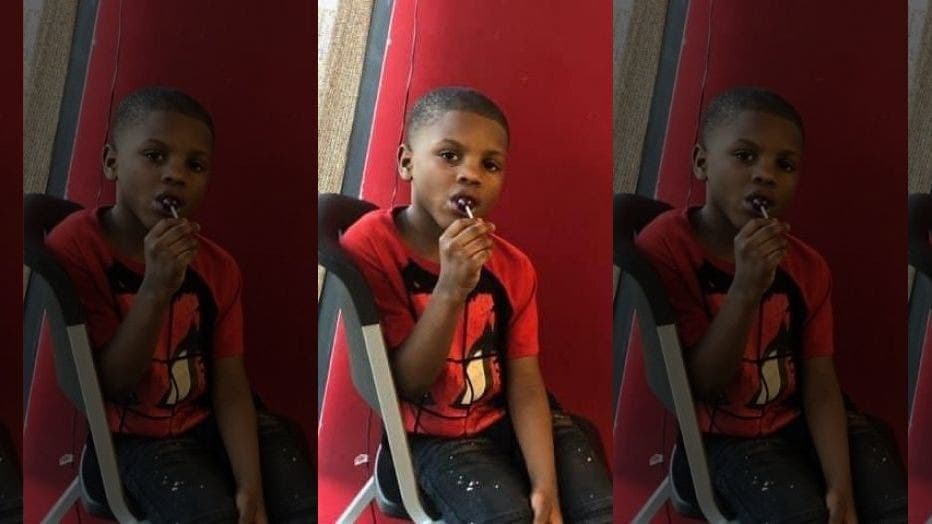 "She can't even come back to the block that's why we got to do it out here in the park. She don't want to see the block. The kids are scared,” she said.

Bike clubs lined the intersection of Race and Simpson Street in a show of support for the family while people shared words about this innocent boy with a promising future.

"He wanted to be an inspiring police officer. Killed that little boy's dream," said community activist B McFly.

This is the picture he's talking about of Zamar holding a sign that says #future police officer. It's unclear where the picture was taken but the 19th Police District posted it on social media.

“He was precious. He was beautiful and to take his life to take his life it ain't right," said Savage. Zamar was playing on the porch of his home on Simpson Street when someone fired shots up the block around 7:40 p.m. Saturday. A bullet hit him in the head.

"It destroys a family and you think anybody, those guys care? You think they are losing sleep? I don't think so," said Savage. Police have been looking for two men in connection with the shooting. Damar Jones and Michael Banks. A third man Christopher Linder has already been arrested.