Grandma’s need for speed fulfilled after months of isolation

FORRESTERS BEACH, Australia - As much of the world has spent months in isolation amid the COVID-19 pandemic, so too has a woman in Australia with a “need for speed.”

Hendrika van Genderen, who suffers from Alzheimer’s disease, recently got the chance to indulge her passion for fast cars.

The 87-year-old has been confined to her home since the onset of the coronavirus crisis, but the easing of restrictions in Australia allowed the grandmother to hit the road once again.

In a video shot by her son and caregiver, Jason, Hendrika sits in the passenger seat of the car as he drives. She can be heard eagerly saying, “vroooom” as he accelerates.

“She never learned to drive, but has recently discovered a passion for driving fast,” Jason told Storyful. “Having spent almost three months in home isolation, my mum loves nothing better than a quick spin around the neighborhood. It brings the sweetest joy to her.” 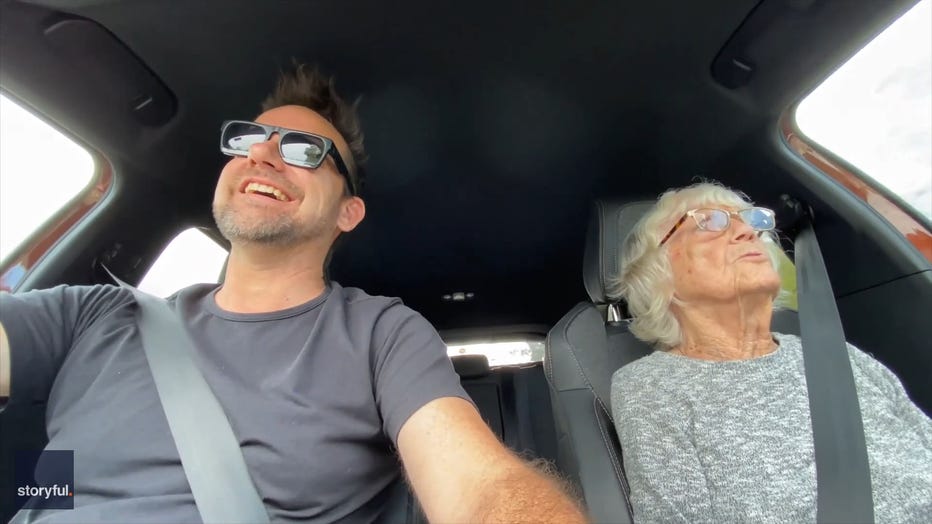 Like much of the world, Australia imposed strict social distancing measures to help slow the spread of the virus. As of May 26, the country had reported just over 7,100 confirmed cases of COVID-19, including 102 deaths, according to data from Johns Hopkins University.

In Hendrika’s home state of New South Wales, which is also Australia’s most populated state, children returned to school this week in one of the most significant easing of coronavirus restrictions.

Hendrika’s family previously set out to create an at-home underwater experience for her in honor of Mother’s Day. Using long strips of white paper taped to the windows of her home, the family set up a projector to display dazzling images of fish, coral and other underwater life.

RELATED: Family turns home into aquarium for grandma with dementia