State Route 77 is expected to remain closed between Globe and Winkelman after a tanker truck carrying propane rolled over on Wednesday.

GLOBE, Ariz. - State Route 77 has reopened between Globe and Winkelman after a tanker truck carrying propane rolled over on Wednesday.

Hazmat crews could take up to 32 hours to empty the propane from the tanker before the vehicle can be removed, said officials with the Arizona Dept. of Public Safety.

Officials called the propane removal process "gas flaring," which involves burning off the fuel in a contained manner.

The tanker had rolled over sometime before 7 a.m. on Nov. 23, and troopers did not say what might have caused the accident.

"The valving used to offload the product is leaking and completely compromised," said DPS. "It is not possible to use it since the piping and valve are broken."

Crews only have access to a half-inch line to extract the gas, adding to the challenge of the task.

The roadway reopened at around 1:30 p.m. on Thursday. 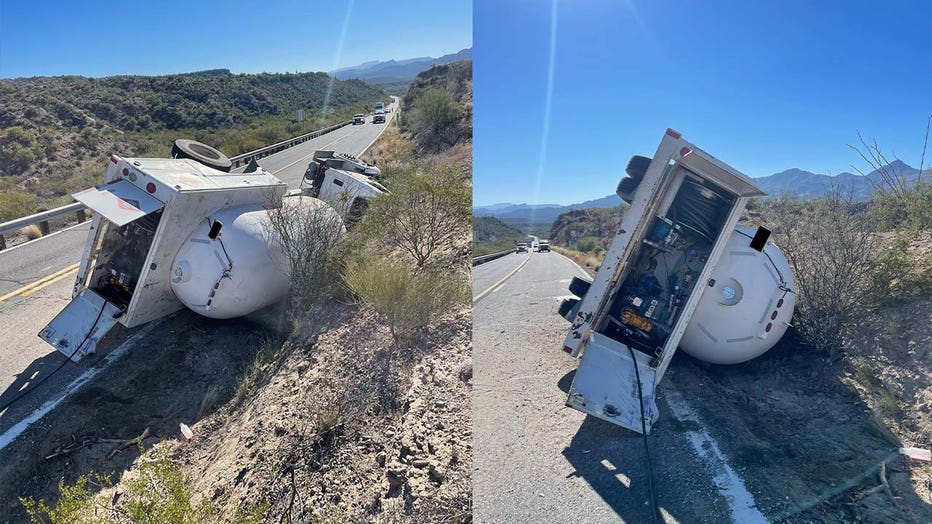