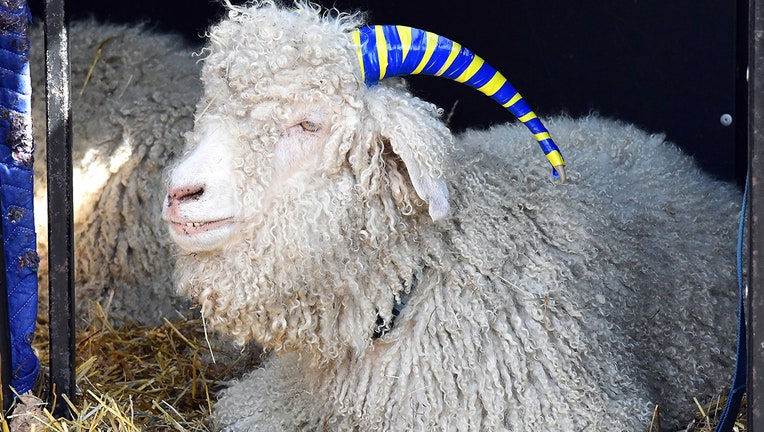 WEST POINT, N.Y. (AP) - West Point cadets attempting to nab the U.S. Naval Academy's mascot ahead of the annual Army-Navy football game ended up grabbing a different goat, according to a report.

U.S. Military Academy cadets traveled this weekend to a farm near Annapolis, Maryland, that is home to Navy mascot Bill, who belongs to a long line of goat mascots with the same name. Cadets gave chase to the spooked goats. And instead of grabbing Bill No. 37, they came away with Bill No. 34, a one-horned, 14-year-old retiree, according to The New York Times.

West Point officials would not confirm details of the incident Tuesday but said the animal was returned safely and that they were investigating those responsible.

"The U.S. Military Academy and the U.S. Naval Academy are disappointed by the trust that was broken recently between our brothers and sisters in arms. These actions do not reflect either academy's core values of dignity and respect," read a prepared statement attributed to superintendents Lt. Gen. Darryl A. Williams and Vice Adm. Sean Buck.

Nabbing mascots is a decades-long service academy tradition, typically viewed by the perpetrators as a prank. But it has been officially off-limits since the early 1990s.

In 2018, Army officials at West Point apologized after a falcon belonging to the Air Force Academy was injured during a prank.