A potential snowpocalypse is knocking on the doors of the Arizona High Country, but so far, the region is only experiencing a rain a snow mix. FOX 10's Justin Lum reports.

FLAGSTAFF, Ariz. - A potential snowpocalypse is knocking on the doors of the Arizona High Country.

So far, it's only been a mixture of rain and snow that is hitting Flagstaff, but officials with the National Weather Service say there's way more to come.

People in Flagstaff began to see the wintry mix Thursday afternoon, leaving the roads wet and a bit slick.

Meanwhile, crews are ready to go to clear the road, with the city and ADOT workers working around the clock once snow hits the streets. The City of Flagstaff has 20 trucks and nine road graders to plow main streets and arterials.

As the area prepares for snow, there are some people who just aren't phased by the cold weather. They lined up for Black Friday shopping Thursday afternoon.

ADOT officials are asking people to not travel to the High Country unless they need to, as driving conditions can become difficult, with possible highway closures along the I-17 and the I-40. 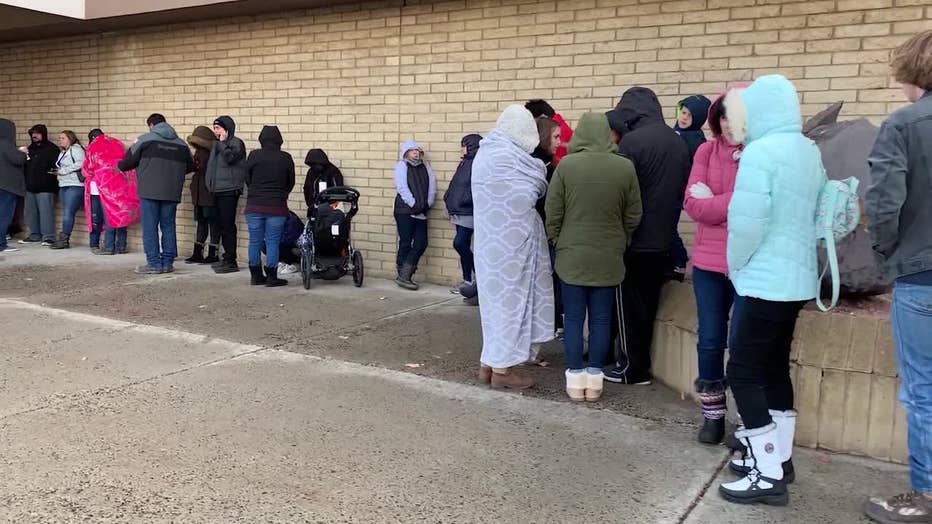