DHS: If you're in an active shooter situation, this is what you should do

WASHINGTON D.C. - Twenty-three days into 2020, the United States experienced its first mass shooting of the year.

Active shooter situations have become an uncomfortably common occurrence in modern America, prompting the need for advanced safety protocols in schools, offices, houses of worship and beyond.

RELATED: Americans hoped never to see another mass school shooting after Columbine, but it kept happening

While no one wants to prepare for the worst, the Department of Homeland Security recommends making a plan so that you know what to do should you ever find yourself in a situation with an active shooter.

The DHS proposes adopting the “RUN. HIDE. FIGHT” strategy during an active shooting event.The best thing to do, if possible, DHS says, is to run and escape. The next best option is to hide, and as a last resort, you should attempt to fight. 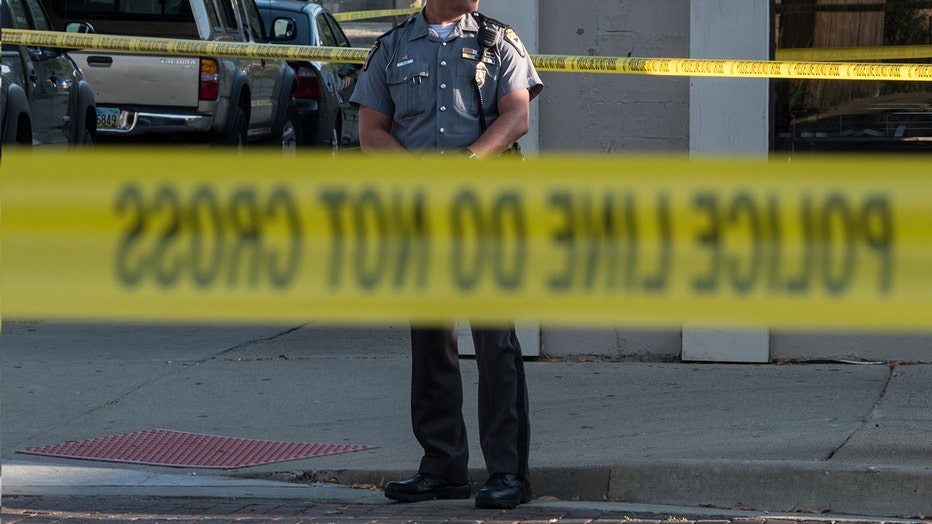 Being aware of your environment and remaining engaged with your surroundings is the best way to notice potential threats before they erupt into violence.

If you see something suspicious, say something to authorities as soon as possible.Signing up for active shooter training — which is often led by law enforcement officials who are highly trained in responding to and de-escalating active shooter situations — can help you appropriately plan for any potential scenarios in your community.

Sign up to receive local emergency alerts, as well as any work-sponsored alert systems available through your employer.

Whether at home or at work, make sure you have a plan in place for what to do if confronted with an active shooter, and make sure everyone is aware of and familiar with this plan.

Keep an eye out for available exits wherever you go (this is also a helpful tip in case of a fire emergency!) and make note of the two nearest exits to you. Think about what your potential escape routes could be and identify potential hiding spots.

If you live or work with individuals with disabilities or other access and functional needs, make sure there is a specific plan in place to assist them.

During an active shooter event

RUN and escape, if possible

DHS says that the top priority during an active shooter event is to get away from the shooter. Leave your belongings and focus on getting yourself out of the situation.

While helping others escape is important if possible, prioritize your own evacuation. When you are safe, call 911 to describe the shooter, location and weapons. Provide as much information as you can.

HIDE, if escape is not possible

When you cannot escape from an area where an active shooting is occurring, get out of the shooter’s view and stay as quiet as possible. Remember to silence any devices you may have on your person to keep them from vibrating or ringing while you are hiding.

Once in a hiding spot, lock the doors and barricade them with whatever heavy items you can find. Close any blinds or curtains and turn off the lights. If possible, avoid hiding in groups.

If you attempt to contact the police, try to do so silently via text messaging or social media. Putting a sign in a window is another way to grab attention without making a sounds.

Once in a secure hiding spot, do not move until you have received the all-clear from law enforcement.

FIGHT as an absolute last resort

If you absolutely must confront an active shooter, commit fully to your actions and act as aggressively as you can. You’re fighting for your life, so be prepared to cause severe or lethal injury to the shooter.

Objects such as chairs, fire extinguishers, scissors and books can be used as weapons.

After law enforcement has arrived, know that their first task is to end the incident, and they may have to pass the injured while they search for the shooter. Don’t intervene.

Officers who arrive on scene could potentially be armed with rifles, shotguns and/or handguns, and they may use pepper spray or tear gas.

It’s important to keep your hands visible and empty so that law enforcement can easily see that you are not the shooter. Put down any objects you may be holding, such as a backpack or jacket.

Follow any and all instructions provided by law enforcement and know that they may yell commands or push civilians to the ground for their safety. Unless otherwise directed, evacuate in the direction law enforcement came from.

Before tending to any wounded individuals, ensure your own safety.

Help move the injured to safety if they are in immediate danger and provide first aid while you wait for first responders to arrive. If the individual is bleeding, apply direct pressure to the wound. Only use tourniquets if you have been trained to do so.

If a wounded person is unconscious, shift them onto their sides and keep them warm.